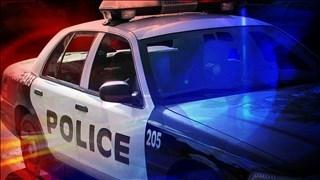 CHICAGO (CNN) -- A trove of documents detailing nearly 100 open cases involving Chicago police was released Friday as part of an effort to heal the mistrust between the city and its residents. The evidence, which includes videos, audio recordings and police reports, had previously not been available to the public.

Tension in the city reached a fever pitch in December when protesters called for Mayor Rahm Emanuel and other city leaders to step down after the release of the police shooting video of Laquan McDonald, a black teen who was shot by a white police officer 16 times.

CNN is going through the case files and will continue to update this story.

Why Chicago did this

The release marks another chapter in the dark history of police misconduct at the Chicago Police Department (CPD), which was put on full display in a Police Accountability Task Force report. It found "the code of silence is institutionalized and reinforced by CPD rules and policies" and that "the police have no regard for the sanctity of life when it comes to people of color."

The police department is currently under a Department of Justice investigation, and the review is expected to take months.

Emanuel created the city task force in response to public outcry for accountability and transparency following the Laquan McDonald shooting video. Months before releasing its final report, the task force told the mayor that the policy for releasing evidence in officer-involved shootings needed an overhaul.

Friday's release of these case files is the first major step in complying with that directive.

This is an about-face in policy for the city, which has diligently fought in court against the release of many officer-involved shooting videos.

Even on December 9, 2015, when Emanuel vowed transparency in a public press conference, his lawyers, who were just a few blocks away, were fighting against the release of the shooting video of Cedrick Chatman, a black teen who was shot and killed by a Chicago police officer in January 2013.

On the eve of the judge's decision, the city said it had decided to stop fighting against the video's release in the name of transparency -- a move that enraged the judge.

Why progress could be limited

To address the slew of systemic issues within the police department, the Police Accountability Task Force report recommended nearly 100 changes. Emanuel has announced the implementation of nearly one-third of those recommendations, including replacing IPRA with an agency that has "more independence."

Legal defense attorneys, however, say the mayor has yet to address one of the core issues: guaranteeing that those arrested have access to an attorney while in police custody. Less than 1% of those arrested in Chicago saw a lawyer after their arrest, according to police department records CNN obtained under the Freedom of Information Act.

Since 1989, Chicago's Cook County has topped every other U.S. county -- and state, even -- in its number of exonerations due to false confessions, according to the National Registry of Exonerations.

Data from the Chicago Law Department, which serves as counsel for the city, reveals that, from 2010 to February 2016, the city paid more than $322 million in judgments, settlement payments and legal fees. The reasons behind those payments include false arrests, illegal searches and seizures, extended detentions, malicious prosecutions, excessive use of force, reverse convictions, constitutional rights violations and failure to provide medical care.

But as the city grapples with fixing decades-old problems in an attempt to regain trust, many worry any changes could be limited.

Police misconduct records dating to 1967 could go up in smoke due to a pending legal fight. The Fraternal Order of Police says its contract calls for any record to be destroyed after more than five years, or seven years if it is an alleged excessive force complaint. Critics of Chicago police say if records were analyzed, it could crack the code that strikes the balance of police accountability, transparency and public safety.

And it could show the Justice Department patterns and practices that need to be reformed.