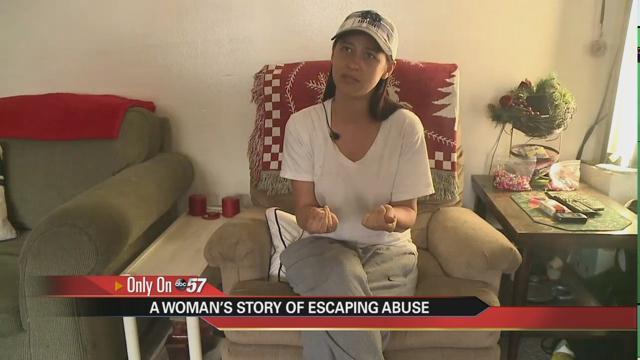 A local organization is helping a family recover after a domestic abuse situation.

Natasha McFarland decided to share her story because she said it's important for victims to come forward so that offenders are punished and don't hurt anyone else in the future.

McFarland said, “I got with him when I was only 17-years-old so I had no idea what I was getting myself into. I thought it was true love. He did all the flowers and the whole nine yards.”

A Department of Child Service's Report outlined the alleged abuse in gruesome detail.

McFarland said, “I have to live with that now. And that kills me every day.”

Frequently she's reminded of the crimes committed against her and her children.

McFarland said, “I have hallucinations, I see him places... My son does too.”

McFarland said, “With most domestic violence and sexual abuse victims, they hide it all away. And they pretend like it never happened so they don't have to face it."

McFarland said she owes the YWCA and some local police officers for helping her cope with her haunting past.

Linda Baechle is the Chief Executive Officer of the YWCA, and she said moving to their shelters to escape an abusive situation is a big step to take.

Baechle said the doors at the YWCA are always open, and you can call their crisis line at 1-866-YES-YWCA and they will pay your cab to take you to their facility.

Baechle is unable to speak to cases directly because of patient confidentiality, but she said their program for kids has proven to be successful.

Baechle said, “Our child's therapist has told me that each time she will meet with a child, she'll draw this picture again and she said ya know in the first picture the child's eyes are wide in the picture and their hands are up and their mouth is open, and they're frightened and traumatized, but each time she meets with them, the face kind of softens.”

Baechle said May 5th is also 'Give Local America,' a crowd-funding event to raise money for non-profits across the country.

If you would like to help the YWCA continue their work in the community, they are participating in the fundraiser and more information can be found here https://givelocalsjc.org/#home