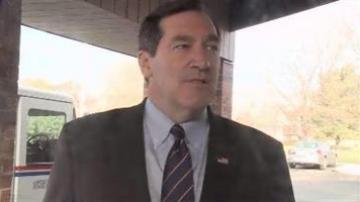 SOUTH BEND, Ind. -- U.S. Senate candidate Joe Donnelly made a campaign stop in South Bend on Wednesday to talk with seniors about the upcoming election.

Donnelly said that his opponent, Richard Mourdock, only bashes his record because of his party.

"I have one of the most conservative voting records in the entire United States Congress and its still not enough for him and it's not enough for him because I'm a democrat," Donnelly said. "And to me, I don't care if you're a democrat, I don't care if you're a republican. I want to work with anyone who wants to make our country stronger and that's my focus everyday."

Donnelly's replacement for the Second Congressional District, Brendan Mullen was also at the event.