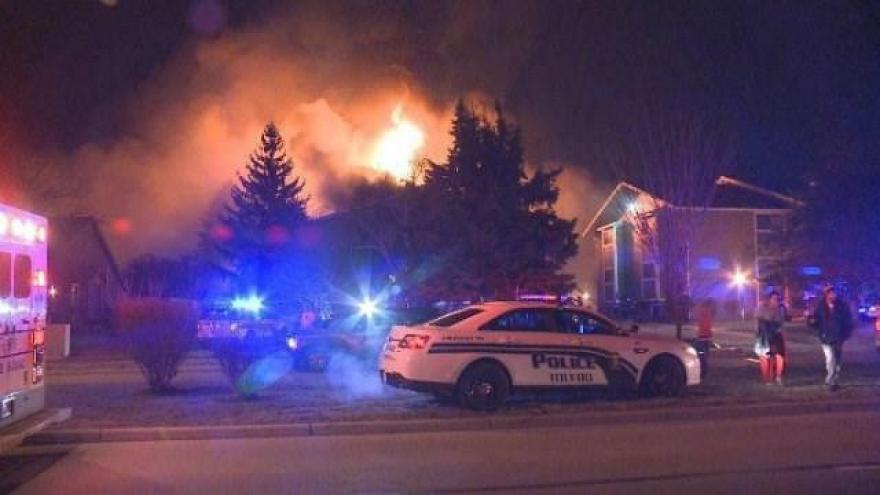 He is counting his blessings after he narrowly escaped a massive fire at the Woodlands apartment complex Sunday morning.

"I just ran," said Moore. "[I] dealt with the smoke and the heat and was hoping that I didn't get caught on fire myself."

Moore says he was sleeping when he smelled smoke and realized his building was engulfed in flames.

"When I opened the door I didn't know, you know, if I went out into the hall if I would be completely consumed by flames because all it was was black smoke," said Moore.

Toledo firefighters say more than 20 people were evacuated from the three-story building.

"It's a scary moment, you know," said one resident. "You had to rush out here real fast."

"I opened up my front door and then the fire just shot me back," said resident Erica Patterson. "So I ran back in and got my kids and my husband and we got out the patio door."

Hours later, the apartment building is in ruins leaving Moore and his neighbors wondering what's next.

"So many people, not affiliated with the situation, now homeless-have no place to stay-hurting," said Moore. "I'm sure it has not really set in with a lot of people yet exactly what their lives are going to be from this point out. I'm going to have to rebuild from here, you know? Get some of my friends, maybe, to help me. See who will be able to help me build from here to get myself some footing."

The Red Cross of Northwest Ohio is now stepping in to help those in need after Sunday's fire. A command post of sorts is set up at the Wolf Creek YMCA.