MISHAWAKA, Ind. -- A driver was revived using narcan after crashing his vehicle into a utility pole in front of 1703 E. Jefferson Thursday afternoon, according to Mishawaka Police. There were two young children in the car at the time of the crash.

When officers arrived around 1:20 p.m., 24-year-old Tyler Ward was unconscious. He was revived with narcan then transported to the hospital.

Police said there were two children, ages 1 and 3, in the car at the time of the crash.  They were not injured.

DCS took the children into custody.

The passenger, 23-year-old Hailey Doolittle, was also arrested. She faces preliminarily charges of neglect of a dependent and false informing.

Ward was taken into custody after he was released from the hospital.

He faces preliminary charges of OWI, child endangerment, operating without ever having a license, driving while suspended, and a hold for an outside agency. 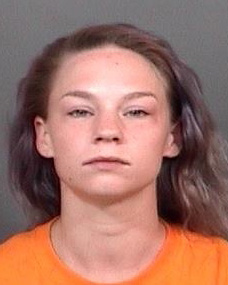