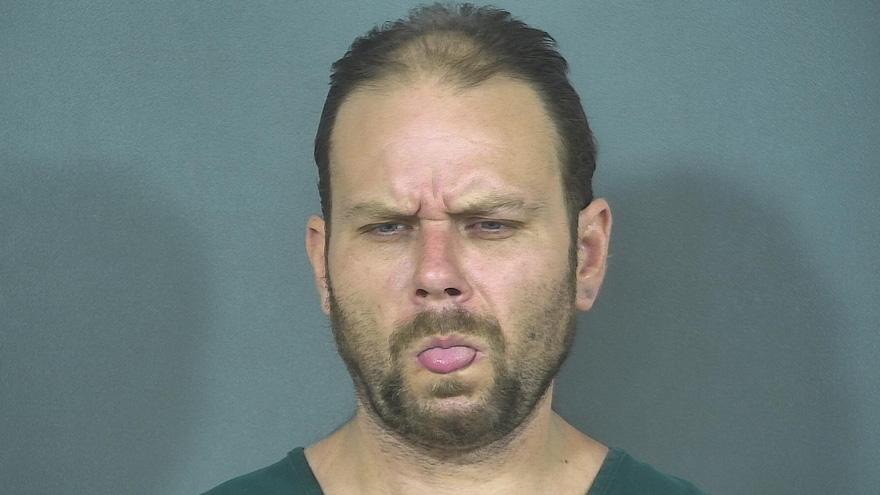 SOUTH BEND, Ind. -- A driver who led a South Bend Police officer on a chase Sunday has been charged with resisting law enforcement.

On November 18, a South Bend Police officer was traveling on Grape Road at Brick Road when he observed a van disregard a four way stop.

The officer followed the van and activated his lights to conduct a traffic stop.

The driver of the van continued southbound on Gumwood Road and got into the left turn lane at University Drive, police said.

The officer got out of his vehicle and gave verbal commands to the driver of the van to put his hands outside the car. The driver didn't respond, but before the light turned green, the driver headed eastbound on University drive at a high rate of speed, according to the probable cause affidavit.

After the van drove off, the officer got back into his patrol car and turned his lights and sirens on. He followed the van south on Fir Road and then eastbound onto Douglas where the driver ran a red light, police said.

The pursuit was terminated for safety when the driver began traveling nearly 90 miles per hour at Capital Avenue, reports said.

Later in the day, Mishawaka Police notified South Bend Police the driver of the van had been stopped and was being detained at the police station.

When the South Bend police officer arrived to the station, he positively confirmed the van as being the one he attempted to stop earlier in the day. Police identified the driver as Richard Wayne Coffel.

Coffel agreed to speak with police.

Coffel was asked why he didn't pull over for the South Bend Police officer and he said, "Oh, that was you?"

Coffel admitted he saw the officer's car following him with his emergency lights on and had heard the officer ask him to put his hands out of the vehicle at University Drive, according to the probable cause affidavit.

Coffel was charged with resisting law enforcement and operating a motor vehicle license without ever receiving a license.