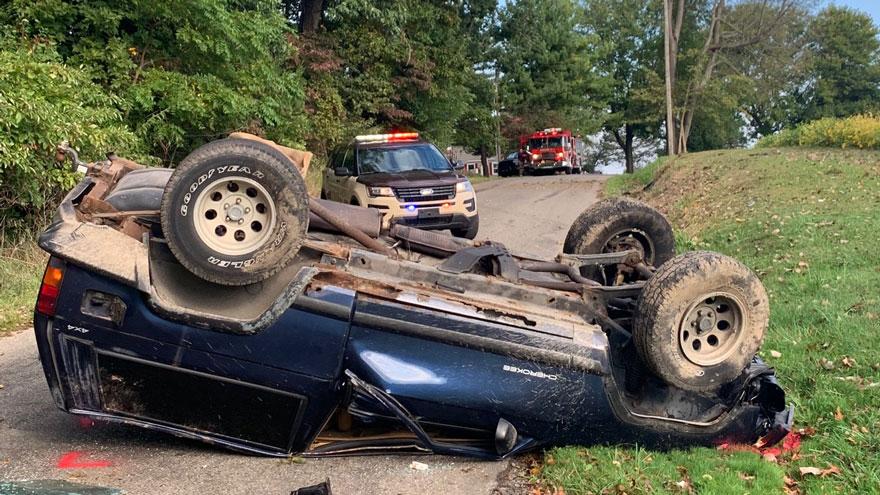 KOSCIUSKO COUNTY, Ind. -- A driver suffered serious injuries when he was ejected from his vehicle when it overturned on CR 850 E Tuesday morning, according to the Kosciusko County Sheriff's Office.

The crash happened around 9 a.m. on CR 850 E just north of Adams Road when the driver lost control in a curve, deputies said.

When deputies arrived on the scene they found the Jeep Cherokee overturned.

The driver, 19-year-old Remington Hurd, was ejected from the vehicle. He suffered a head injury and was transported to the hospital in Fort Wayne by helicopter.