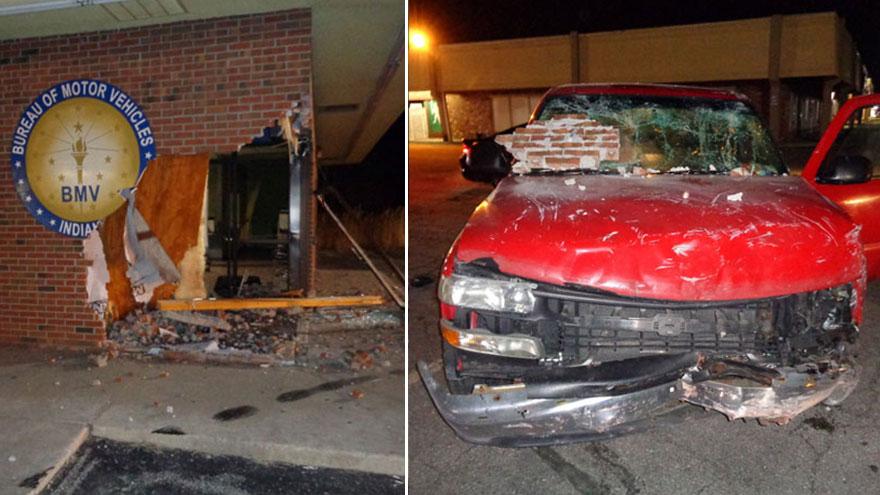 LA PORTE COUNTY, Ind. -- A driver was arrested on OWI charges after driving into the side of the Indiana BMV, causing damage to the building, according to the Trail Creek Police Department.

An officer was dispatched to a burglar alarm at the BMV in Evergreen Plaza around 3:30 a.m. Friday.

Before the officer arrived, he was informed a vehicle had struck the building.

When officers arrived, they spoke with 25-year-old Nicholas Judge who was driving the truck that hit the building.

Judge told police he got into his truck to go home and the gas pedal got stuck and caused his vehicle to hit the building and another vehicle nearby, police said.

The officer conducted field sobriety tests and said Judge had a BAC of .15.

Judge was taken into custody on two preliminary charges of operating while intoxicated.