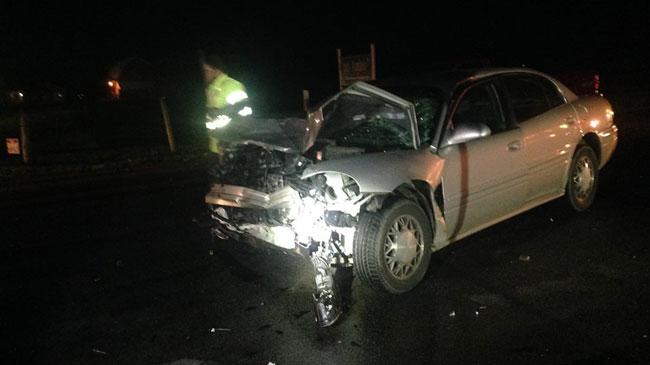 A Ford Five Hundred was stopped in the northbound lanes on SR 15 at CR146 when it was rear ended by the driver of a Buick.

The Buick was then struck by a southbound truck and the Buck was pushed into a Suzuki SUV.

The driver of the Buick was taken to the IU Health Goshen Hospital for a head injury.

Two other drivers sustained minor scrapes to their arms.