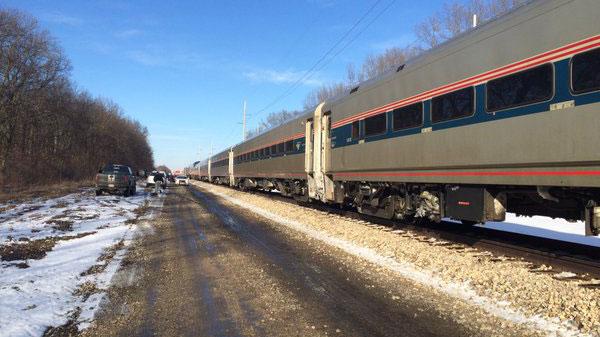 An Amtrak commuter train that runs from Chicago to Detroit was involved in an accident Friday afternoon.

The crash happened at Barron Lake Road and Pokagon Highway.

The train stopped almost a quarter mile from the scene of the accident, just past the Wells Street crossing.

Captain Tom Jacobs of the Cass County Sheriff's Department says the driver drove around the gate and likely misjudged the speed of the train.

Captain Jacobs says the train collided with the vehicle at approximately 3:45 p.m.

Amtrak officials say no one on the train was injured. There were 191 passengers on board at the time.

The driver of the vehicle was killed, but deputies are not certain if anyone else was in the vehicle.

Police say the vehicle involved was a Ford Edge SUV.