Drivers of CR 6 and 7 crash named 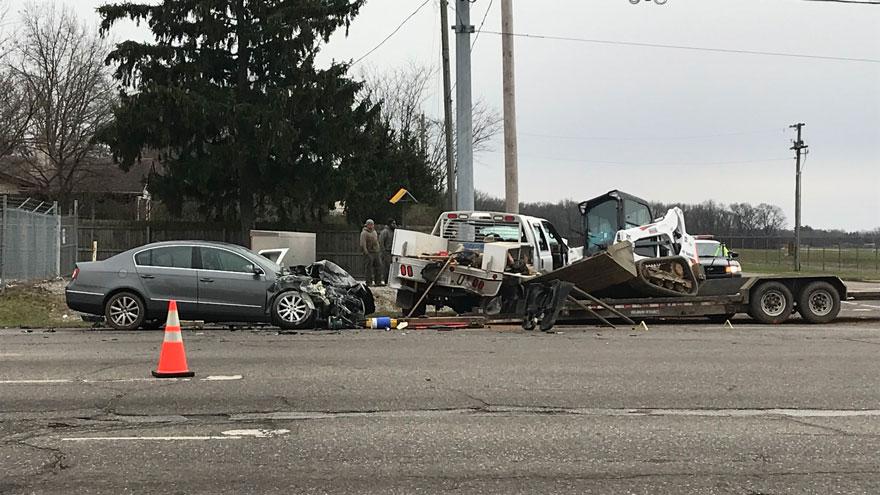 ELKHART COUNTY, Ind. – The driver’s and passenger’s names have been released after a crash on CR 6 and 7 left two people seriously injured on Wednesday.

Elkhart Police and Fire Departments were called to the intersection of CR 6 and 7 just after 2:30 p.m. for a reported crash.

A truck pulling a trailer with a Bobcat on it was heading east on CR 6, and as the light turned yellow the truck continued through the intersection.

Another car was heading west and was attempting a left turn when the light turned yellow.

According to police, the vehicles crashed in the intersection and caused the truck to hit a nearby light pole.

The driver of the car was 89-year-old Anita Sparks. She is was treated at Elkhart General Hospital.

The driver of the truck was 24-year-old Myron Mullet. He has been released from Elkhart General Hospital.

Officials said there were passengers in the truck during the crash.

Dale Yoder, 40, and Jacob Nisley, 28, have been released from the hospital.

James Miller, 20, is still being treated at Memorial Hospital in South Bend.