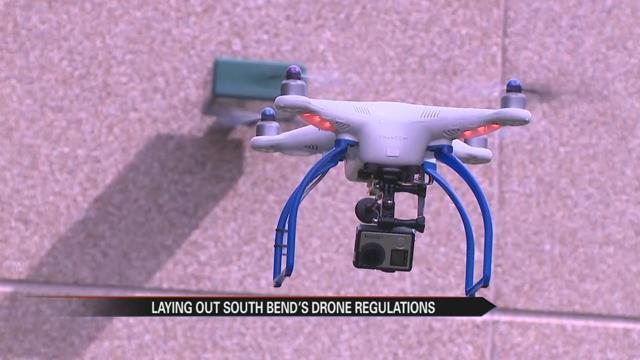 Drones are all of the buzz.

On Thursday, the South Bend International Airport hosted a meeting to lay out all the rules and regulations that operators need to know.

Today more than ever, even with stricter restrictions, recreation and commercial users are soaring through the skies safely.

The fascination for the unmanned aerial vehicle is sky-rocketing, not only nationally, but in Michiana for both recreational and commercial use

Bob Rupholdt from South Bend is interested in flying drones for commercial use and attended Thursday’s meeting.

Over 33,000 flights take off and land from South Bend International every year, that’s why holding informational meetings on the do's and don’ts is so important

"These regulations help clarify where those other devices fit in to the rules that already been there. Now with part 107 allow us to have the commercial aspect added to that," said Rupholdt.

According to the FAA, the regulations require pilots to keep an unmanned aircraft within visual line of sight.

Operations are allowed during daylight and during twilight if the drone has anti-collision lights.

The new regulations also address height and speed restrictions and other operational limits, such as prohibiting flights over unprotected people on the ground who aren't directly participating in the UAS operation.

According to industry estimates, the rule could generate more than $82 billion for the U.S. economy and create more than 100,000 new jobs over the next 10 years.

"All the information they need to fly their drones safely, legally and easily," said Miller.