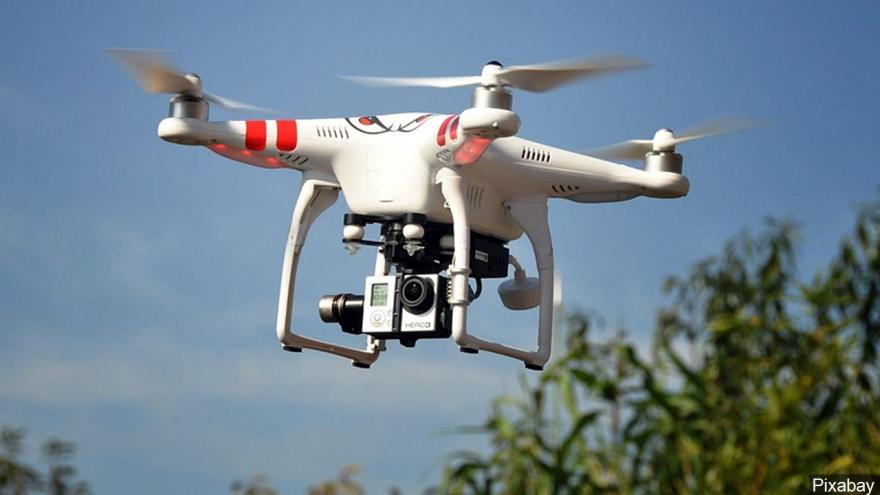 Unmanned aircraft — small and large — swooped in during the aftermath of Hurricanes Irma and Harvey to get a glimpse of the devastation. That's why insurance companies have been using drone technology more than ever before to quickly -- and safely -- assess damage from the storm.

It's only been fairly recently that commercial drone technology has advanced enough to take on this task on a large economic scale. And the insurance industry is just beginning to fully embrace it.

It's difficult to know exactly how many are hovering over storm torn areas because no agency tracks drone flights.

Most of the drones in the sky are light-weight, quad-copter drones outfitted with cameras that can send images back to insurance professionals -- some in real time. For major U.S. insurers, the technology is a game-changer. Allstate said it launched permanent drone damage inspection programs last spring in four states: Texas, Oklahoma, New Mexico and Colorado.

"These are not things that people were using for disasters five or 10 years ago," said Jesse Kallman, president of Airbus Aerial, the commercial satellite and unmanned aircraft arm of Airbus.

Using drones benefits insurers and policyholders by saving time while maintaining safety for adjusters and inspectors. Without drones, adjusters can inspect about three homes a day in a flood zone like Houston. With drones that number jumps to 10 or more.

"Every house is different," said Herndon.

Drone's aren't just for insurers, either. Communications companies like Verizon and power companies like Florida Light and Power have used drones to inspect equipment. It's a sign pointing to America's exploding drone industry, powered by skyrocketing numbers of commercial drone pilots.

More than 59,000 of the US certificates that are required to pilot drones commercially have been granted since the government started issuing them last year, according to the Federal Aviation Administration.

To be sure, there's a downside to all this drone activity, especially in disaster areas. Air space can get crowded with search and rescue operations and humanitarian efforts that fly planes and helicopters. The FAA will put out guidance and post flight restrictions. Commercial pilots are encouraged to check on any flight restrictions imposed by the FAA before sending up a craft.

At least one drone flying above the wreckage of Irma goes far beyond what's commercially available.

A giant Predator drone -- the kind used by the military -- for the first time employed a sophisticated radar system to inspect bridges, overpasses, towers and other critical infrastructure at the request of Florida government officials and the Federal Emergency Management Administration.

US Customs and Border Protection — which typically uses giant unmanned airplanes called MQ-9 Predator Bs to find people illegally crossing the border into the US — flew the Predator from its base in Texas to Florida to help with Irma.

"This is the first time [CPB Air and marine Operations] has flown the MQ-9 Predator B equipped with Vehicle and Dismount Exploitation Radar or VADER, in response to state or federal emergencies," the agency said.

Here's how they used the radar: Before Irma hit, the CBP flew a Predator between 18,000-20,000 feet above the Florida Keys, Naples, Tampa and Jacksonville to capture radar images of infrastructure. Then, after Irma passed, the Predator flew over those same locations, to gather imagery for comparison. Thanks to a satellite link, CBP pilots flew the Predator remotely from a 24-by-8 foot "cockpit" located more than 1,000 miles across the Gulf of Mexico at Naval Air Station Corpus Christi.

The radar imagery was shared with emergency officials to assess damage. State and federal officials used it to determine if specific bridges, highways and other structures were safe to re-open.

"The radar technology that we have today has improved greatly over just the past few years," said Erik Soykan, executive director of air security operations for air and marine operations at CBP.

All of this is representative of how unmanned aircraft technology is poised to become more engrained in American life.

In the coming months, Karol said, drone operators will likely be taking a closer look at how their aircraft performed in the wake of the storm and figuring out how to improve when the respond to future hurricanes.