A couple of important weather updates have been impacting Michiana over the last couple of weeks, both concerning our temperatures and precipitation numbers. First, with the precipitation numbers, the drought concern has been dropping thanks to the heavy rain in late September. Even though there was some scattered damage across the area, it really helped out. Before September 27th, we had parts of southern Michiana in moderate drought and we were more than 3 inches below normal. Now, that moderate drought concern is gone and has been replaced with only abnormally dry conditions. And, by the next drought monitor update, it's likely that that area may be removed altogether. 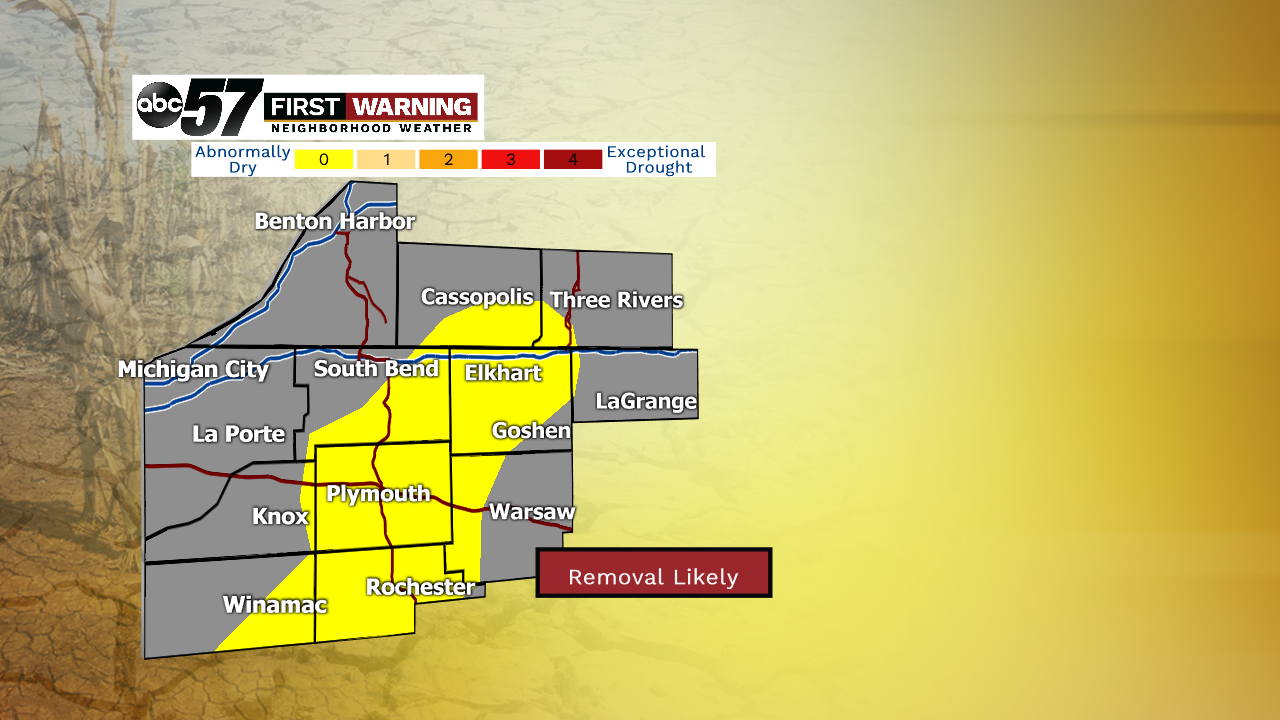 Updated drought conditions as of Thursday, October 3rd. It's likely that the yellow area may be removed by the new update. 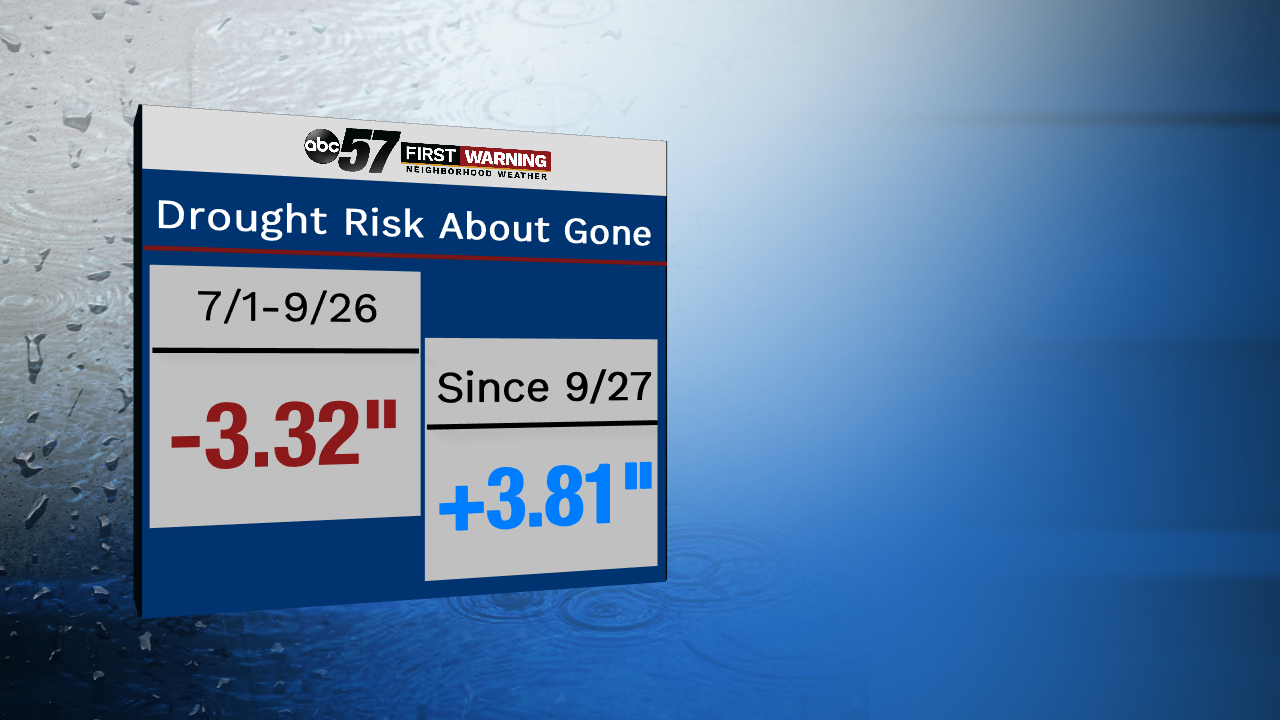 With 3 days of rainfall in late September, we're pretty much done with the drought concern.

And it's really amazing what 3 days of rainfall can do. Here at the station, we collected 4.5 inches of rain and the airport picked up a little more than 4! That was easily able to completely wipe out the deficit that's been building since July 1st. And now, we're actually running almost 4 inches above normal since that 1st day of heavy rain on the 27th.

Now to the temperatures, Confidence is building for that cooler air to come down from Canada, thanks to our next storm system. Not only will the wind be picking up during and after the rain, but that'll help bring in the 50s for everyone. The climate prediction center has been picking up on this, and our chances of a cold weekend continues to grow. 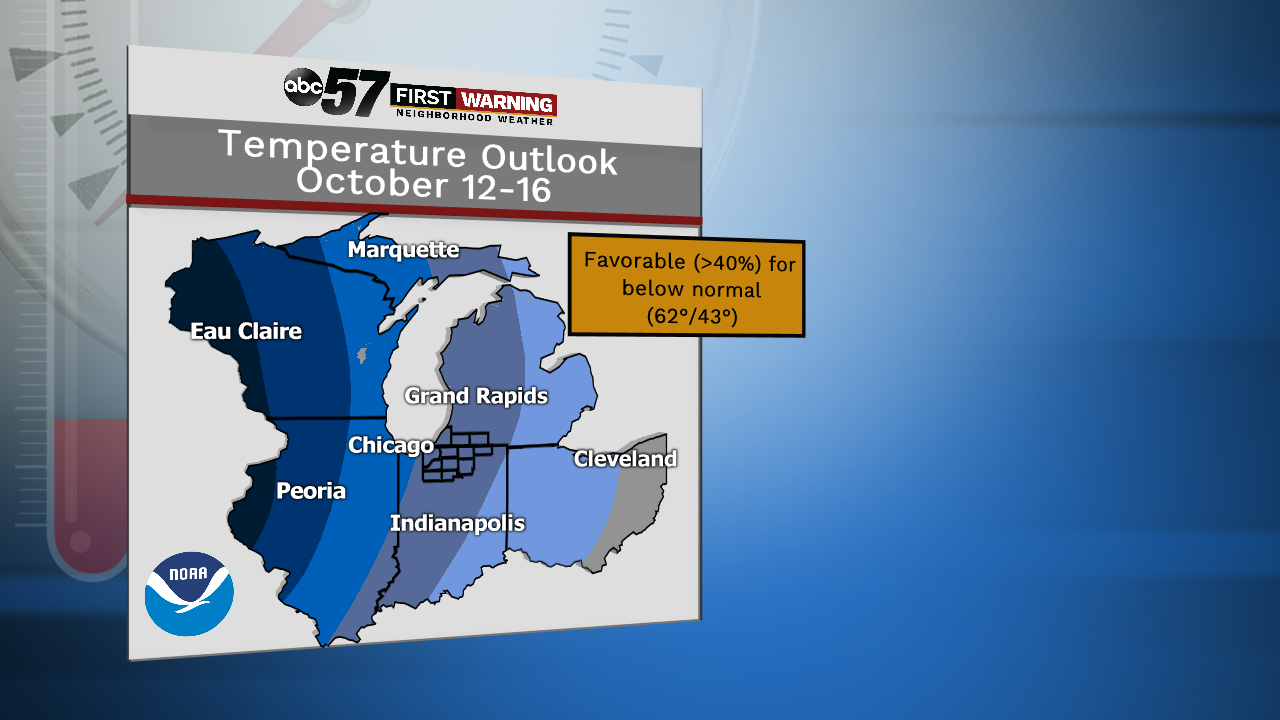 Highs in the 50s continue to stick in the tail end of the 10-day forecast. Be prepared for a very cool weekend. 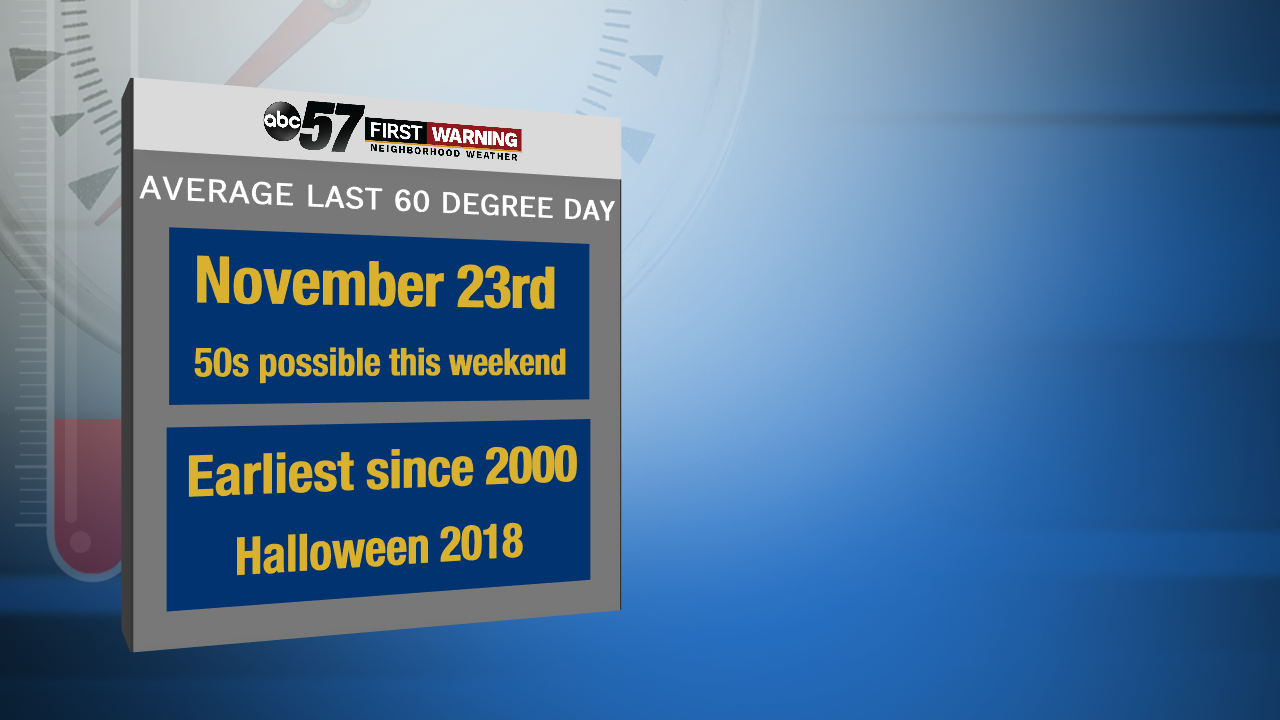 Highs this weekend can compare to typical late November weather.

In fact, these temperatures will be closer to late November standards! That's typically when we start to consistently see 50s throughout the 10-day forecast, so it's possible that a taste of late fall is coming for Michiana. And the possibility of a first frost for rural areas in very much in the cards for the weekend as lows take a tumble into the low 40s and upper 30s as well.