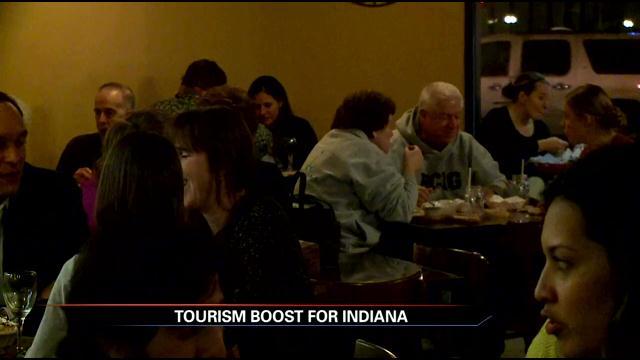 A new report shows Indiana's tourism industry is growing, which is having a big impact on the state's economy.

Businesses in Michiana say they are also feeling a boost.

Officials with DTSB say they've been seeing an increase in downtown traffic, especially during events like First Fridays.

"What I've noticed in the past year is there is a lot more music downtown," said Cathy Dietz, the Events and Operations Coordinator for DTSB. "This is just making the downtown more alive."

Dietz says she has seen a change in Downtown South Bend over the last couple of years.

The Indiana Office of Tourism Development is also noticing a change, releasing a report that cites tourism as the sixth largest industry in the state.

"It definitely spills into the businesses," said Dietz.

With tourism being such a big business, that means more money in the pockets of Hoosiers.

The average tax payer in Indiana is saving nearly $500 every year because of tourism.

Many business owners are hoping some of the money tax payers are saving will be spent at downtown shops and restaurants.

"I just hope that it grows every month so that people from outside of downtown immediately start coming out," said Jill Kuharic, a patron of the First Friday event.