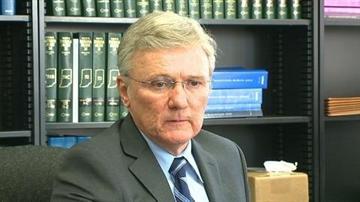 Dvorak is making preparations in the event he is called as a witness in the cases against Owen “Butch” Morgan, Pamela Brunette, Beverly Shelton, and Dustin Blythe.

According to Rule 3.7 of the Indiana Rules of Professional Conduct, “[a] lawyer shall not act as an advocate at trial in which the lawyer is likely to be a necessary witness," said Dvorak.

The probability Dvorak will be called as a witness is unclear, but there are several reasons why he could be.

Dvorak knows the people charged with the crimes personally, as he has ran as a Democrat while Morgan was chairman of the St. Joseph County Democratic Party.

There have also been reports his name may be forged on one of the petitions in question.

After his office filed the 30 felony charges against Morgan, Brunette, Shelton, and Blythe, Dvorak requested the court find another prosecutor to try their cases.

Levco has experience being a special prosecutor according to Dvorak, who said Levco had several such cases pending.

According to Dvorak, all future decisions about the case will be in Levco’s hands; he could adjust, add, or drop charges against the four.

He would even be able to file charges against Lucas Burkett, according to Dvorak.

Burkett was the source of much of the information used to build the state’s case against Morgan and the others, and was not charged by Dvorak’s office.

The quartet’s next court date is April 8, Levco is expected to be in attendance.