Dylann Roof trial: Will he get the death penalty? 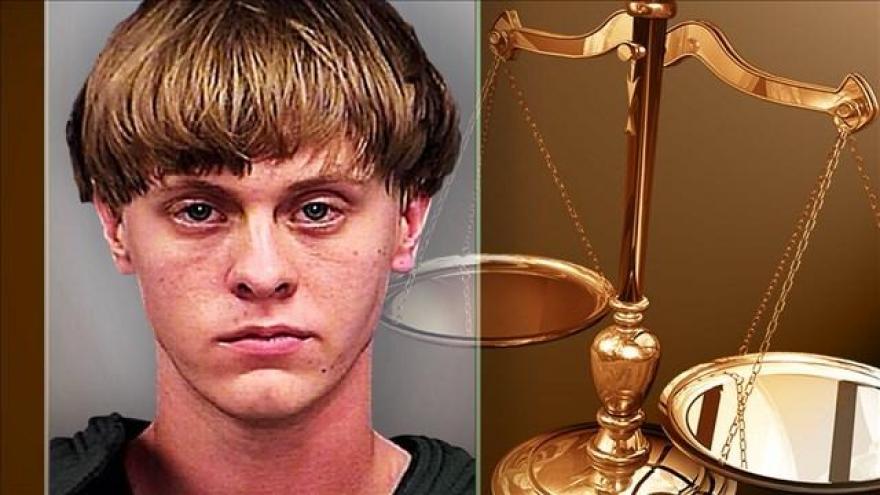 CHARLESTON, South Carolina (CNN) -- Esther Lance was torn over how to punish Dylann Roof, the man found guilty of killing her mother and eight others at a Bible study in Charleston, South Carolina last year.

"Yes, I want him to see the death penalty," Lance told CNN's Nick Valencia after a jury convicted Roof on all 33 federal charges against him on Thursday.

But Lance, 53, quickly changed her mind, saying she and her late 70-year-old mother, once a custodian at Emanuel African Methodist Episcopal Church, wouldn't want Roof to get that punishment.

"My mom wouldn't have wanted that," she said of Ethel Lance, a city employee for more than three decades, who had worked backstage at the Galliard Auditorium in Charleston.

Next month, a jury will wrestle with whether or not to sentence Roof to the death penalty. If jurors chose to do so, Roof will join a list of infamous killers, such as Timothy J. McVeigh, one of two people convicted in the Oklahoma City bombing. McVeigh died by lethal injection in 2001.

The last person given a federal death sentence was bomber Dzhokhar Tsarnaev in 2015 after he was convicted for his role in killing four people and wounding others in the 2013 Boston Marathon, according to the Death Penalty Information Center, a Washington-D.C. based non-profit.

Opening statements in his trial began a week ago and witnesses gave emotional accounts of surviving the 70 rounds Roof fired from a Glock.45-caliber pistol on June 17, 2015.

Roof didn't take the stand in his defense. The self-declared white supremacist has admitted to the killings.

His conviction came about two hours after jurors deliberated.

'Waited until they were at their most vulnerable'

"He needs to be held accountable for every bullet," Assistant U.S. Attorney Nathan Williams told the jury, emphasizing what he said was the depth of Roof's hatred.

"The parishioners could not have seen the hatred in his heart," Williams said. "He sat and waited until they were at their most vulnerable."

Family members of the victims sobbed as Williams spoke.

"Why, why did Dylann Roof do this?" Bruck said. "What was the explanation?"

Bruck asked the jury to "look beyond the surface" and to ask, "Is there something more to this story?"

Prosecutors presented Roof as a "cold and calculating" killer. Jurors saw a witness whose son was killed sobbing on the stand. They heard an FBI agent read a series of Roof's racist writings. And they watched a video of Roof laughing after admitting he killed the victims.

'Kind of lost it a little bit'

The defense did not call any witnesses.

Esther Lance said she was "angry" to be in same room as the man responsible for killing her mother.

Lance said she "kind of lost it a little bit" when she saw pictures of the crime scene for the first time. One photo showed Emanuel's beloved pastor, the Rev. Clementa Pinckney, 41, with blood streaming from his body. But Lance said the jury needed to see the photos to understand "why he did it."

Roof had told the FBI he wanted to start a race war.

He wrote in a 2,000-word racist rant that he "chose Charleston because it is most historic city in my state, and at one time had the highest ratio of blacks to Whites in the country."

Williams, in his closing, said Roof's "message of hatred was eclipsed by the goodness of those people."

Shortly after deliberations started, the jury asked to again watch the video in which Roof confessed to two FBI agents. Specifically, the jury wanted to see the portion where Roof was unsure of how many people he had killed.

Hoping for peace for survivors and families

Of the verdict, Lance said: "We needed that."

In a statement, South Carolina Gov. Nikki Haley said: "It is my hope that the survivors, the families, and the people of South Carolina can find some peace in the fact that justice has been served."

The Southern Poverty Law Center said Roof "represents the modern face of domestic terrorism: the extremist who acts alone after being radicalized online."

"When Roof searched 'black on white crime,' he found a flood of white supremacist propaganda. Once hard to access, that propaganda is now just a few keystrokes away from anyone, anywhere, who has access to the Internet," President Richard Cohen said in the statement.

"Charleston is still healing from Roof's horrific, racially motivated crime, as is our nation," Cohen said in the statement.

Jurors may hear directly from Roof later. The sentencing phase of his trial would start on Tuesday, January 3. And Roof has said he wants to represent himself in that part of the case.

Roof has pleaded not guilty to 33 federal charges, including:

• Nine counts of obstruction of exercise of religion resulting in death

Roof also faces nine counts of murder and other charges in the state court system. His trial in that case is also scheduled to start in January.