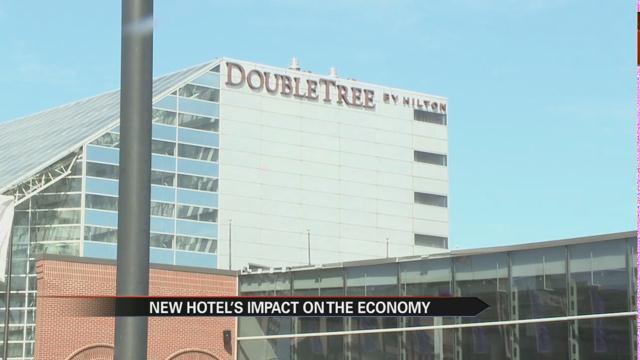 The city of South Bend announced Wednesday it is selling the former College Football Hall of Fame building to a developer who is going to turn it into a hotel. Notre Dame Economics professor Eva Dziadula says having a new hotel downtown is better than the space just sitting empty.

She says the decision to build a hotel can be healthy for the local economy.

"We have a small convention center in downtown South Bend and maybe with  having a higher availability of good places to stay overnight in that particular area and not having to drive over to Mishawaka."

She says this hotel has the potential to spur a positive effect, attracting more people means more dollars to be spent which could keep neighboring businesses bustling.

But is there enough of a demand for more hotel rooms in downtown South Bend?

According to Visit South Bend Mishawaka, in 2014 the county-wide occupancy was right at 53% for the year, and that number has been trending upwards.

That seems to be proven by a totally booked Doubletree.

Wednesday morning, every room in the downtown hotel was sold out.

Dziadula says, "We have festivals and music country fest in the summer, when we have these events I think all of the businesses can benefit the more people come to South bend the more restaurants will be able to make it and you know stay in business downtown."