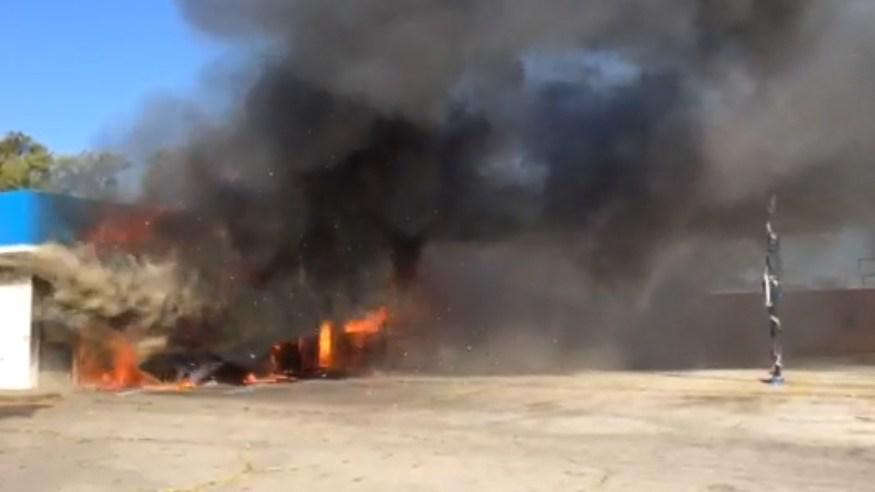 Firefighters responded to a fire at the Eddy Street Hand Car Wash and Detail in the 500 block of S. Eddy Street in South Bend Monday morning just after 10:30 a.m.

Owner Duane McDonald was heartbroken to see his business reduced to ashes.

"Both of my grandbabies got out. The rest really doesn't matter. I hate to lose the business because it's my passion, what I like doing," said McDonald.

McDonald is the kind of guy you go to for more than just a car wash.

"People come, they sit down, watch TV, get your car taken care of," said McDonald.

"I was trying to get a car wash. I was sitting out on the park bench in front of the building," said Crawford.

He says McDonald ran out of the building screaming and pushed him off the bench just in time.

"Duane came, told me to watch out, there's smoke coming out of the building. He kind of grabbed me, and we kind of rolled around the pop machine and seconds later the window blew out right where my head was at," said Crawford.

Everyone got out of the building safely.

McDonald then had to watch his building burn.

"There was heavy smoke coming in. They had numerous phone calls on this fire," said Fire Marshal Chico Rodriguez of the South Bend Fire Department.

McDonald says he has insurance and is planning to rebuild as soon as possible.