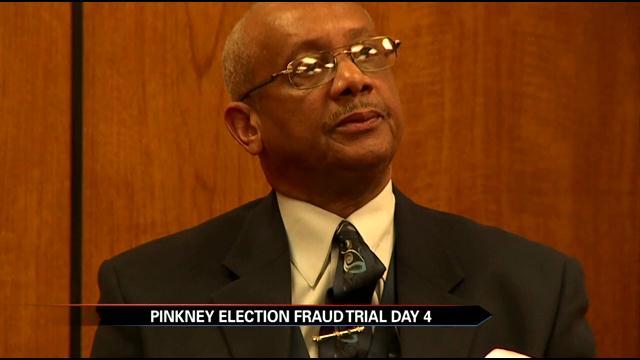 Thursday, Reverend Edward Pinkney took the stand in his own defense in his trial on election fraud charges.

Pinkney is being charged with eleven counts of election fraud—facing time behind bars because he's accused of submitting a faulty recall petition against the Mayor of Benton Harbor.

The prosecution wrapped up around noon, and the defense called all four of its witnesses to the stand.

Pinkney and the three other witnesses testified a woman named Vanita Campbell made all the illegal changes to the petition.

During cross examination, Pinkney testified that Campbell was a big part of the recall petition process, but he does not know where she lives.

“Yeah, I wouldn't be around either if I were her,” Pinkney replied from the stand.

The jury might go into deliberations as early as Friday afternoon.