It’s not habitable but it is another planet charted in the now 8-planet solar system orbiting the Kepler-90 star.

The planet was discovered Thursday with data from NASA’s Kepler Space Telescope over 2,545 light-years away. 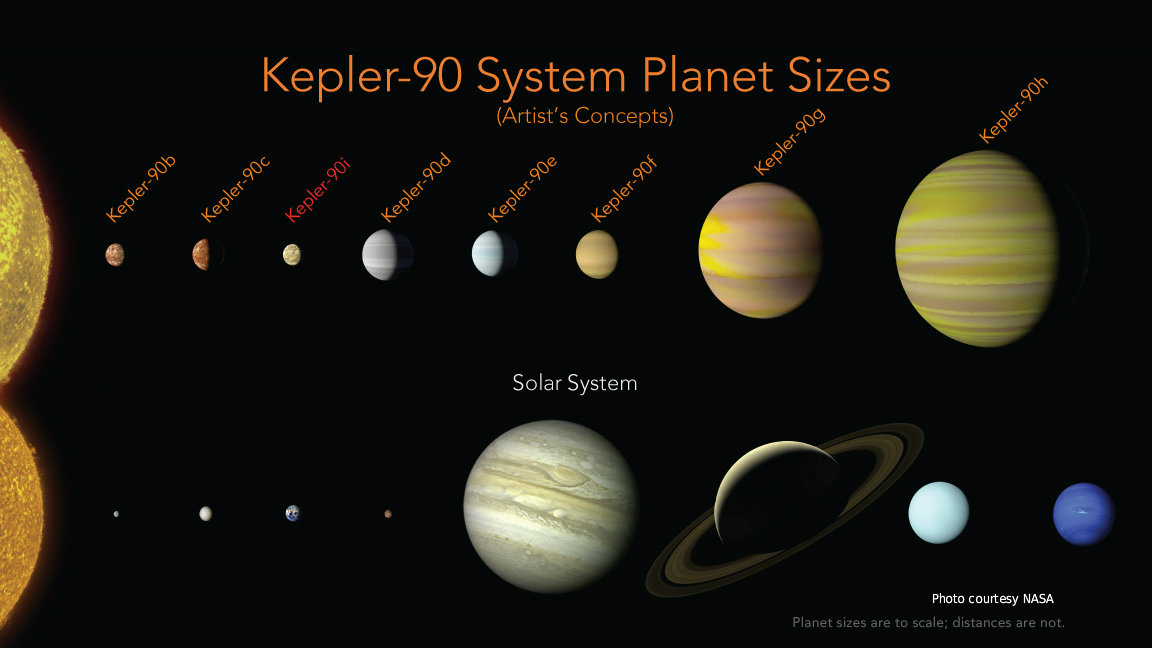 Although the planet is 30 percent larger than Earth, it is comparable to Mercury regarding atmosphere and composition.

According to the agency, scientists Christopher Shallue and Andrew Vanderburg “trained” a computer to recognize exoplanets like Kepler-90i by using light readings from the telescope.

“The Kepler-90 star system is like a mini version of our solar system. You have small planets inside and big planets outside, but everything is scrunched in much closer,” said Vanderburg.

NASA explained the artificial intelligence was inspired by the way neurons connect in the human brain, allowing data to be recorded when there is a slight change in brightness in front of the telescope.

Because Kepler has gathered and produced so much data over the last four years, NASA scientists have extended its mission, switching views every 80 days to collect as much information as possible.

“These results demonstrate the enduring value of Kepler’s mission. New ways of looking at the data – such as this early-stage research to apply machine learning algorithms – promises to continue to yield significant advances in our understanding of planetary systems around other stars. I’m sure there are more firsts in the data waiting for people to find them,” said Jessie Dotson, Kepler’s project scientist at NASA’s Ames Research Center.

A Reddit question and answer session with all of the NASA scientists in on the mission will be held at 3 p.m. Friday.