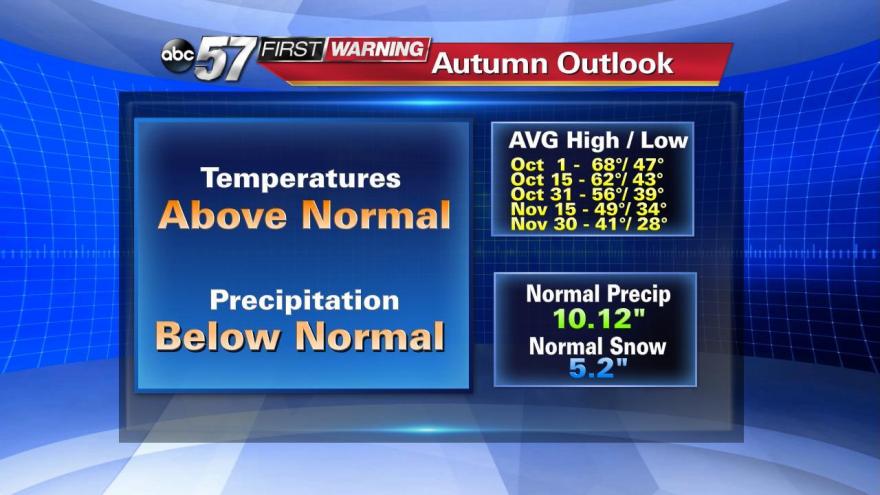 Wednesday may be the first day of fall, however sunny, late summer weather looks to be holding on. This could be a trend not only for the near future but the entire fall and winter, thanks to El Nino.

Looking at the latest climate outlooks, models and record books; all signs point to a milder and drier fall and early winter (Fig 1). This trend could likely last into early spring. Expect long stretches of drier and warmer than normal days. That's not to say there wont be cool and rainy weather, it will just be less frequent. Temperatures will gradually to cool, the main limit now is daylight as we lose two to three minutes of sunshine, per day, through mid November.

The main influence and talking point that you will likely hear repeated is El Nino. The warming of the tropical waters of the eastern Pacific. This climate cycle tends to have big impacts on North America and this year's could be the strongest on record.

This year's El Nino is has been frequently compared with that 1997 (Fig 3), another particularly strong event. The fall of 1997 and winter 1997-1998  saw below normal precipitation and snowfall, just over 50 inches. Most of that happened in over a short period of late December and early January.

Current trends already in the early fall look to be reinforcing the forecast. The incredibly mild and dry 10-day forecast from Sept 23rd - Oct 2 is good example (Fig 4). A few words of caution are we could be heading into the strongest El Nino that's been documented, we only know what trends thus far have taught us. Also our data set of studying El Nino is rather small, only since 1950, and it doesn't happen every year. Finally while El Nino is the major player this year, there are still other smaller factors that could lessen or heighten these impact.

As it stands now, expect a long mild and dry fall, that lasts into early winter.