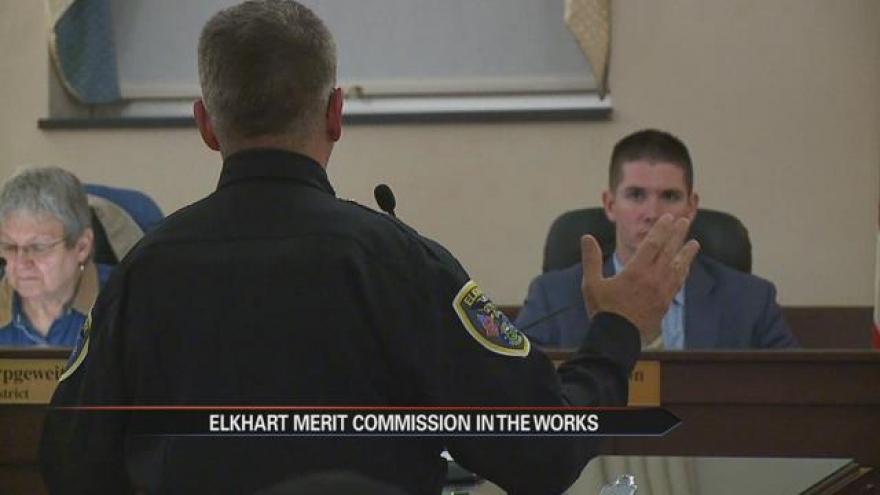 An ordinance for a merit commission for police and fire department employees was approved by the council on Monday night.

Currently the Board of Public Safety oversees the hiring, promoting and disciplining of fire and police department employees. The board is made up of five people, all appointed by the mayor.

Mayor Tim Neese says he wants to employ a non-political approach that would allow for a more diverse group.

“It would be more of a cross section of residents in the city of Elkhart rather than a mayor making the entire selection,” said Mayor Neese.

The proposed merit commissions, one for the fire department and one for the police department, would consist of two members appointed by the mayor, two by the respective department, and one by the city council. The proposal outlines that there cannot be more than three members from the same political party.

Mayor Neese advocated for the merit system during his campaign for office in 2015, but it could not be legally established during his first year.

Chiefs from the fire and police departments advocated for Mayor Neese’s proposal at the council meeting.

“It gives me a lot of confidence in what the mayors doing because what hes actually doing is taking some of the power out of his hands and spreading it out amongst people to show that hes not on an ego trip. This is something he thinks will be good for the city and I'm in agreement with that,” said Police Chief Ed Windbingler.

Now that the ordinance was passed through the council, the departments will have thirty days to decide if they want the new board.