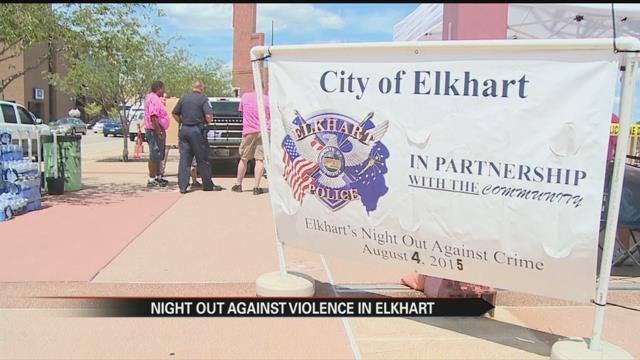 The event included free food, a huge slide through Main Street and free supplies for the upcoming school year, all to help strengthen the relationship between Elkhart city residents and their local law enforcement.

With over 30 booths at the event, the community was encouraged to ask questions and voice concerns.

A few residents said increased police patrols in certain neighborhoods were on their minds.

“We are looking at different parts of the city that may have a bit more crime than others so that we can focus some efforts down there and we can help reduce the crime,” said Sergeant Snyder.

Since increasing patrols, those neighborhoods have seen a decrease in violent crimes.

“Getting those officers down there right away really helped curb that and stop that,” said Sergeant Snyder.

Some residents say that although the police are doing their best, the community doesn’t often speak up about crimes and concerns.

“It’s just all hearsay unless the community comes together and says what they need to say. It needs to be more of the community, they just need to come together but they don’t,” said Jessica Cicatko, a resident of Washington Gardens.