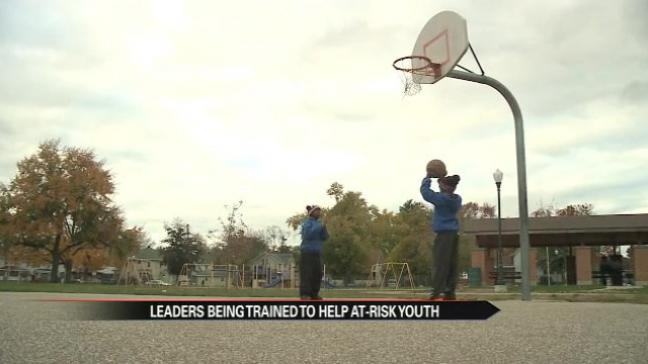 Robert Taylor runs a free after-school basketball program for boys and girls in Elkhart between grades 3-11 called “Ballers to Scholars”. He says he started it to keep kids off the streets and in the gym.

“A lot of kids don't leave Elkhart or their city except for on a prison bus. So, we're trying to change that," said Robert Taylor. "We give you an opportunity to showcase your talent, but you're going to have to give back by being tutored and doing some community service."
The program's set to start in November, but before any balls can bounce, Taylor and other organizers say they have some pumping up of their own to do.

Nine people involved with the program are making their way to Cincinnati for the Community Leadership Institute, a series of leadership workshop events put on by NeighborWorks of America.

"We think community is a big part,” said Douglas Robinson, spokesman for NeighborWorks of America. “We bring people who want to step up and be leaders in their community to move their community forward. How do we bring employers and colleges and high schools together so that our young people can see the full breath of opportunity that is available to them."

The La Casa Center is a sponsor of “Ballers to Scholars."

"When I talk to kids who get in trouble with the law a lot here and when I have a heart-to-heart with them about it they say there's nothing else to do,” said Jason Moreno, the Community Organizer for the La Casa Center in Elkhart. “We show these children the opportunities that they can be a part of and the universities they can go to by cultivating their skills, but also by being a mentor to them and telling them that you have to have grades to play college ball," said Moreno.

"I just want to be a blessing to my community,” said Taylor. “Make them hold their head high, and know that they don't have to turn to the street because somebody loves them."