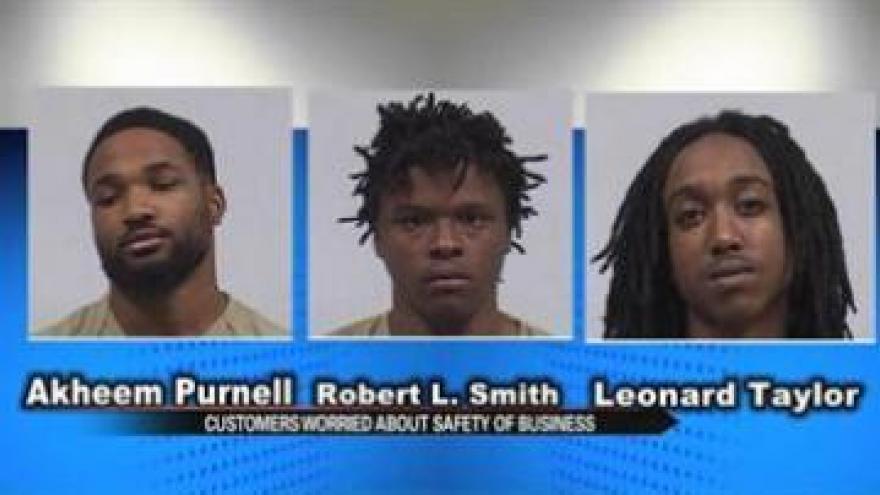 ELKHART, Ind. -- Three men are in custody for allegedly robbing Saleh's Market in Elkhart. In September 2013, two employees of Saleh's Market were shot and killed during a robbery.

The store recently installed bulletproof glass, and the employee working at the time of the robbery says if it weren't for that glass, he may not be here today.

The walls of Saleh's Market are covered with messages honoring the two employees who died in that September 2013 robbery.

"You’re not only killing the family who does anything for anybody in the world but you’re also killing the people who love them," says Chelsey Ann Nusbaum, a customer and friend.

But the loyal customers and friends were rocked again this weekend after another armed robbery at the same location.

Many are worried for the owner, Singh, and his family.

"As soon as I saw the police cars pull up I knew something had happened because there was about 3 of them, and I was sitting here and about 15 minutes later he came out and I was like oh my gosh thank god he’s ok," says Alison Lowe, another customer.

Police say the suspects demanded money from one of the employees, then fired two shots before leaving the store.

"Just to see these simple minded people just trying to come and do what they do and try to rob the store it’s ridiculous," says Lowe.

The customers say it breaks their hearts to see these criminals taking advantage of who they say, are such nice people.

"We need this to stop, this whole thing needs to stop, the guns, the violence everything," says Nusbaum.