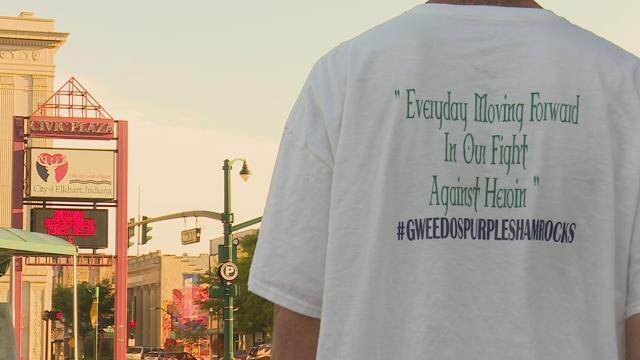 One local leader is fighting the epidemic in Elkhart.

“May the 13th of this year, we lost our brother to a heroin overdose, tragically,” said Sam Callantine, who started the addiction awareness group, Gweedo’s Purple Shamrocks, in May 2016.

Sam’s story is one of many.

That’s why President Obama declared that this week will be Prescription Opioid and Heroin Epidemic Awareness Week.

“It was a huge shock to us. None of us even realized it was that big of a problem until we were face to face with it,” said Sam.

And that’s indicative of the national epidemic, where more Americans die from drug overdoses than from traffic accidents.

Sam thinks a crucial part of the title is the prescription opioid part.

His brother started off on painkillers after a back injury.

“Eventually when the pain pills weren’t enough, he turned to heroin, and that’s pretty much how most stories go,” said Sam.

As part of the proclamation, President Obama says he is continuing to push congress to provide $1.1 billion dollars to expand access to treatment.

So, he calls the President’s proclamation bittersweet.

“It’s sweet that we have our national leaders are paying attention to this, that now we have national attention. It’s bitter that it had to come to this,” said Sam.