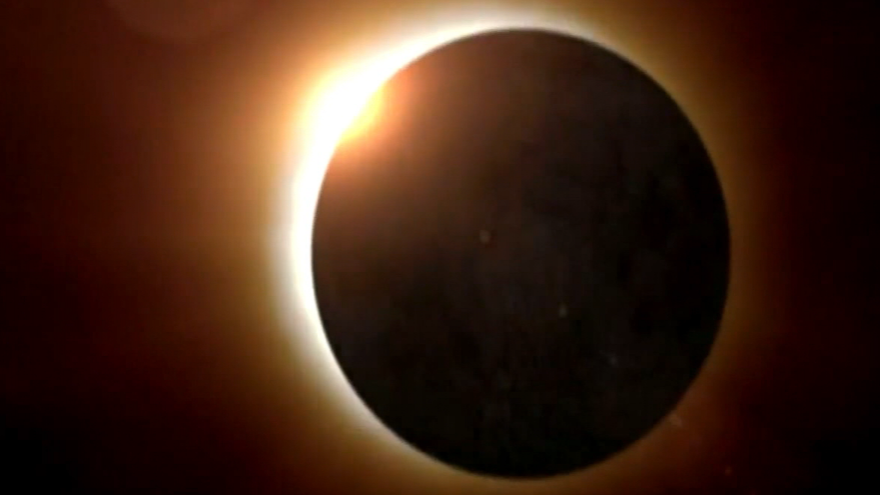 ELKHART, Ind. - Michiana locals are joining those nationwide in anticipation for August 21st to watch the sun meet the moon, and the Elkhart Public Library is holding a special event ahead of it. The solar eclipse will happen on August 21st, 2017 so the Elkhart Public Library is holding an event to prepare you on the education and on safety, so it could be important that you show up.

On Monday, the Elkhart Public Library is holding an Eclipse 101 event where library employees plan on explaining to families what the solar eclipse is all about, help them view stars in the sky, and give them free “eclipse glasses”. They says they will have a telescope with a sun filter in it so kids 5 and up can take a look up above at the closest star.

Library employees say this line-up of events is all part of an 18-month celebration of the sun, moon, and life here on earth with the ‘NASA @ my library program’.

Experts say the eclipse is something to be excited for but you want to make sure you are doing it the right way. Since you have to look up towards the sun to witness the solar eclipse happening, you and your kids will need special glasses in order to protect your eyes. Doctors say it only takes a few seconds before your eyes can become permanently damaged. Employees at the library say they will hand out those NASA approved pairs of special glasses during Monday’s event, and you can pick them up anytime thereafter. Keep in mind, the library will only have 1,000 pairs available.

Monday’s event, Eclipse 101 for Kids, will take place at 4:30 p.m. in the downtown library, 300 S. Second Street. The library is also holding an eclipse viewing party in downtown Elkhart's Central Park from noon to 3 p.m. the day of the solar eclipse, August 21st.