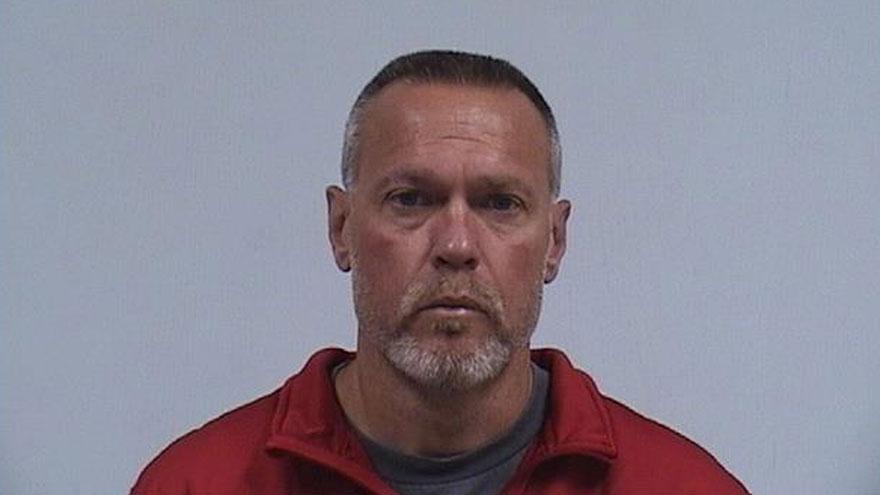 ELKHART, Ind. -- An Elkhart Police officer is facing charges for incidents that happened in April and July after he and his wife began divorce proceedings.

Officer Scott Hupp was arrested on a warrant on September 26. He has been charged with residential entry and two counts of harassment by means of a telephone call.

Officer Hupp is on administrative leave pending the outcome of the criminal case and an internal investigation.

The victim, Hupp's estranged wife, called police on July 28, 2018 after finding Hupp attempted to take items from her home.

The victim's daughter told police she was sleeping on the sofa when she saw a man's arm sticking through the window holding several DVDs, according to the probable cause affidavit.

When she screamed, the person dropped some of the DVDs inside and outside the window.

The victim's daughter said at first she didn't know whose arm it was, but she recognized the man as Hupp when he bent down, reports said.

She then went into her mother's room and told her what happened and they contacted police.

A few days later, on August 2, 2018, Hupp and his attorney met with investigators about the incident.

Hupp told investigators he went to the home to see where the victim was staying. He said he walked around the house and saw the living room window was open and there was a basket of DVDs under the window, reports said.

He said he wondered what they were watching so he pushed up the screen and grabbed some of the DVDs. He dropped them when he heard his stepdaughter scream, according to the probable cause affidavit.

Hupp told officers he was at the house out of curiosity and not to steal DVDs.

Police then spoke with the victim about the incident.

The victim told police she and Hupp separated in March and several incidents since then have caused her concern, reports said.

She went to a friend's house on April 8th to watch a UFC fight. She said Hupp didn't know her friend or where the friend lived. While watching the fight, Hupp texted her "How's the fight?" reports said.

On April 10, she took her vehicle to a repair shop and they found a GPS location device on her vehicle. She took it to Hupp's supervisor and she said Hupp admitted to placing a GPS device on her car without her knowledge, according to the probable cause affidavit.

She also told police on April 25, Hupp called her 31 times in a 43 minute period, reports said.