Elkhart passes 2017 budget, city workers will not get pay raises 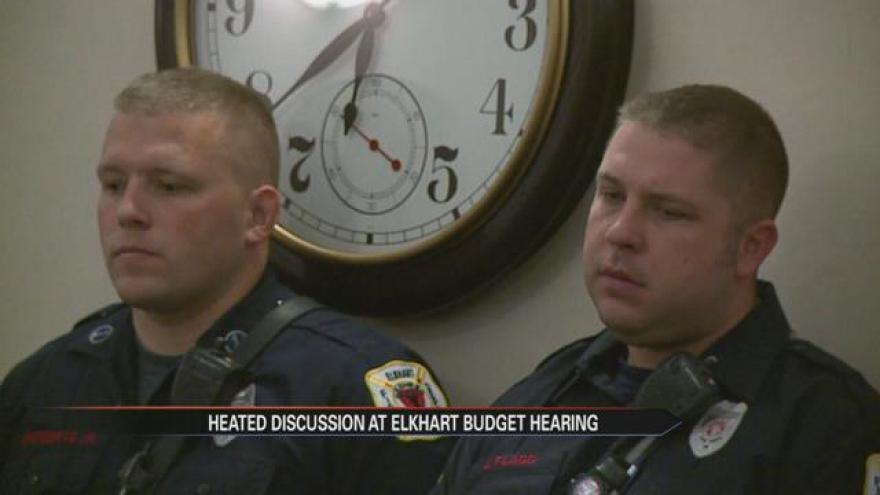 After nearly ten days of budget hearings, the city council approved the 2017 budget on Thursday night, but turned down pay raises for city employees.

The council decided against the proposed two percent pay increase for workers including firefighters and police officers with a 7-2 vote.

Mayor Tim Neese and department chiefs pleaded to the council to reconsider.

"For me to go back and look these guys in the eyes and tell them you aren't getting a raise, we do what we do for you,” said Police Chief Ed Windbigler.

"I’ve never seen an Elkhart firefighter wear a cape, but they are heroes,” said Mayor Neese.

"If you can’t compensate for the fire and police, I don’t know of another way you can provide safety to the individuals in our community,” said resident Carol McDowell.

Several council members in opposition said that while many city employees deserve a raise, the union contracts need to be worked out first.

Their main concern is with the “me too” clause in many contracts which gives all employees the same pay raise despite performance.

"Across the board raises simply need to go away,” said council member David Henke.

While city workers expressed their disappointment to the council, they say it won’t impact the way they do their jobs.