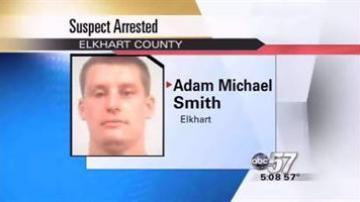 BRISTOL, Ind.-- Police think that they have caught at least two people who went on a crime spree from Bristol to Elkhart.

Detectives with The Elkhart County Sheriff's Department said they found two A.T.V.s, a motorcycle and two flat screen TVs at a storage unit.

The items were stolen between February 29 and March 15, and were just part of 15 separate cases that are being investigated.

Adam Michael Smith, from Elkhart, was arrested; along with a teen.

Detectives think five more adults and three other juveniles may be involved.