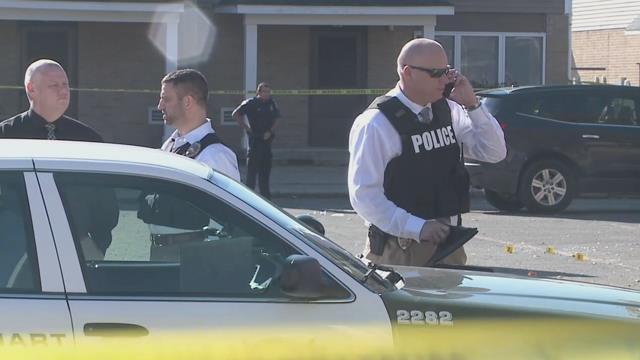 A week after 37-year-old Edmund Adams is shot and killed in Elkhart, church leaders hold a town hall meeting for community members and city officials,.

Police have not yet named a suspect and are not releasing any new info in their investigation.

Pastors are hoping the town hall meeting with lead to answers.

On Monday November 7th, Adams was shot as he sat in his car, it rolled into an apartment and he was pronounced dead.

Pastor George Bostic Jr. is one of the pastors organizing the community event and says someone has to know something.

“We want people to really spill their guts, on how they feel with everything that is happening in our community,” says Bostic.

Bostic hopes residents from the Washington Gardens area will come out to Deliverance Temple Church and share some useful information with both Mayor Tim Neese and Elkhart Police.

“If we can open the walls of communications where these individuals can be able to speak freely concerning how they feel to the group of individuals that might help the situation,” says Bostic.

For now the pastor says the situation seems to be following the usual time line, a man is senselessly killed, a makeshift memorial goes up, and now the community waits for the right information to get a killer off the streets.

But Bostic says this cycle doesn’t have to continue.

“Some people are put into a situation that they might not necessarily want to be in, but when you are dealt a bad hand that doesn’t mean you have to play a bad hand,” says Bostic.