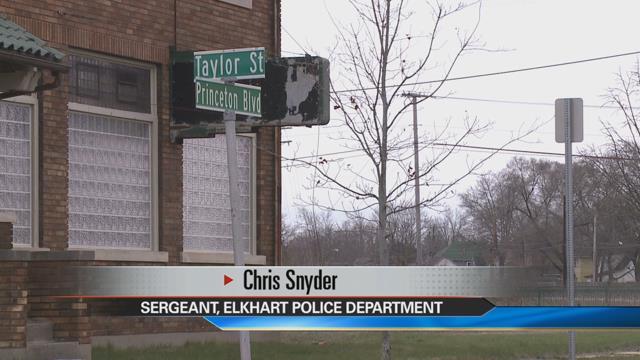 A Goshen woman is facing public intoxication charges after calling police to report she had lost her son.

Tuesday night Elkhart Police responded to 31-year-old Victoria Trevino’s call. They say she reported kicking her 6-year-old son out of her car after she had got upset with him.

Police say Trevino became less cooperative as they searched for her son.

The department is grateful that a neighbor found the boy shortly after and called police immediately.

“I was surprised when I heard crying, that’s when I told my wife to go check on him,” says Jorge Mares of Elkhart.

On Tuesday evening he and his wife stayed late and did not expect to find a small child by himself near their business.

“I noticed he was walking around there and my wife went over there and grabbed him and asked him what’s going on? And he said he was lost,” says Mares.

Sergeant Snyder says Trevino, who was intoxicated at the time, called police to Taqueria Tijuana.

“She was a little less than cooperative with us and couldn’t even point out where her car was,” says Sergeant Chris Snyder with Elkhart Police Department.

She told officers she had gotten upset with the six-year-old and kicked him out of her car.

She planned to circle the block and come back for him.

“Due to her state of intoxication she got confused on where she was in relationship to where she had dropped him off,” says Snyder.

Police say the six-year-old had been wandering the streets for about 30 minutes before Mares found him.

“There are lots of busy streets, there are trains, and there are a lot of other things parents need to take into account,” says Snyder.

When the six-year-old was found he began asking for his brother, a seven-year-old who was also in Trevino’s vehicle.

Police did not find a vehicle that Trevino claimed to be driving.

With the boys safe, no witnesses to prove Trevino was driving, and a missing vehicle Trevino was arrested for public intoxication.

“As a department and as a community we are thankful for the citizen that found the child and took care of that child until we were able to get there,” says Snyder.

Mares says no need to thank him, calling police and taking care of the kid was a no brainer.

“Because he was alone and crying that’s why,” says Mares.

Both children were taken away by the Department of Child Services.

DCS and the Elkhart Police continue to investigate this case to see what other charges Trevino could potentially face.