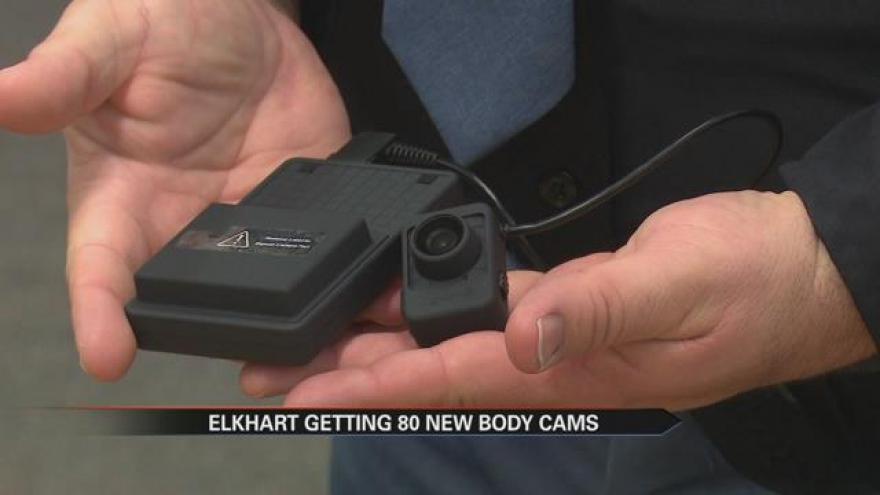 After a deadly officer-involved shooting in December shed light on a growing problem, the Elkhart Police Department now has new body cameras.

“I am actually happy about this,” Sandy Holt said. “You know, we spoke, they listened.”

Tuesday morning marked a moment of light for Holt, who’s been in darkness since her brother, Norman Gary, was killed in an officer-involved shooting on DeCamp Avenue last December.

“It was my decision, about a month ago, to suspend usage of the body cams simply because they were inconsistent,” Elkhart Mayor Tim Neese said.

He stepped in after it was learned both officers involved in Gary’s death did not have functioning body cameras.

“Back in September, when we issued them to every officer, we instantly started having major problems with a lot of different issues,” Elkhart Police Chief Ed Windbigler said.

The issues ranged from connectivity problems to a short battery life.

They plagued the department for months.

“We were down at least 25 percent of the cameras at one point,” Windbigler said. “In one week, we lost twelve cameras.”

Gary’s death on December 4th was a tipping point.

“It just didn’t look good for our department that we should’ve had cameras and we didn’t,” Windbigler said.

So he and Mayor Neese met with the camera company – Digital Ally – and made a deal to have all 80 current cameras replaced with 80 newer models, for free.

The Elkhart Board of Works signed off on the agreement Tuesday morning.

“The body cameras that we have now coincide with the dash cams that we’ve had for quite some time, also from the same company,” Neese said. “Because we had built some type of rapport with Digital Ally, it was felt that that was probably the company that we would stick with.”

The new cameras have a bigger battery, a stronger connection, and are more durable.

It’s a step forward for the department, and for Gary’s family, after a tough December.

“I felt, as a citizen, we were cheated,” Holt said, referring back to December 4th. “I felt like it was a little messy on the police’s behalf, because they should assure that their equipment is working before they come out on the street just to protect them, and again, to protect us.”

The new cameras will be distributed to every officer on the street by the end of February.

They also come with a new two year warranty.

During interviews Tuesday, Neese and Windbigler declined to comment on the Elkhart County Prosecutor’s decision last week to request a grand jury investigation of Gary’s death.