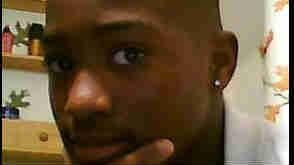 The Elkhart Police Department is searching for a man wanted for a murder that occurred in December of 2013.

Police were called to the 1300 block of Prairie Street on Monday December 23, 2013 in regards to a shooting.

As a result of the investigation of the shooting, a warrant for Murder has been issued for Antonio M. Walters.

Walters has been described as an 18-year-old black male, 5'6" with black hair and brown eyes and weighing 120 pounds.

Police are asking anyone with information on the whereabouts of Antonio Walters to contact the Elkhart Police Department at 574-295-7070 or their Tip Line at 574-389-4777.

According to police, Walters should be considered armed and dangerous.