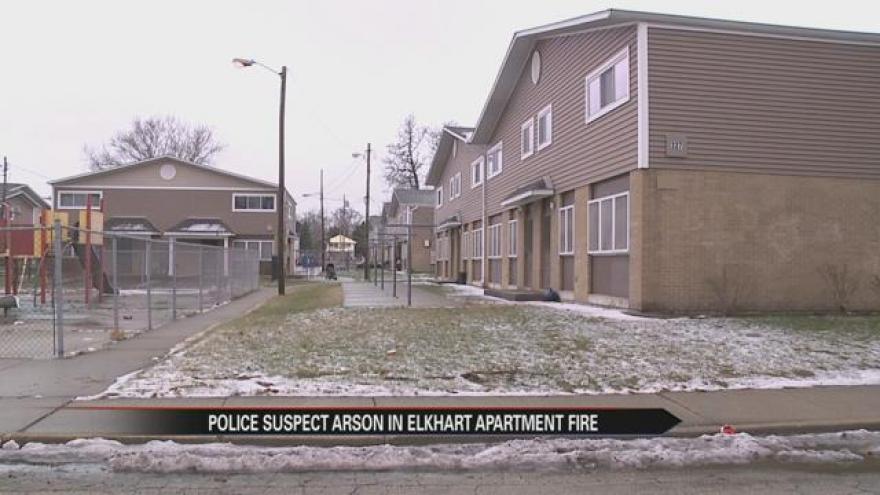 Elkhart Police are investigating an arson that happened in an apartment on Chapman Avenue Monday just after 10 a.m.

According to police, they were called to investigate a person kicking a door.

When police arrived, no one was there, but they smelled smoke coming from inside the apartment.

Police are asking for anyone with information to contact them.