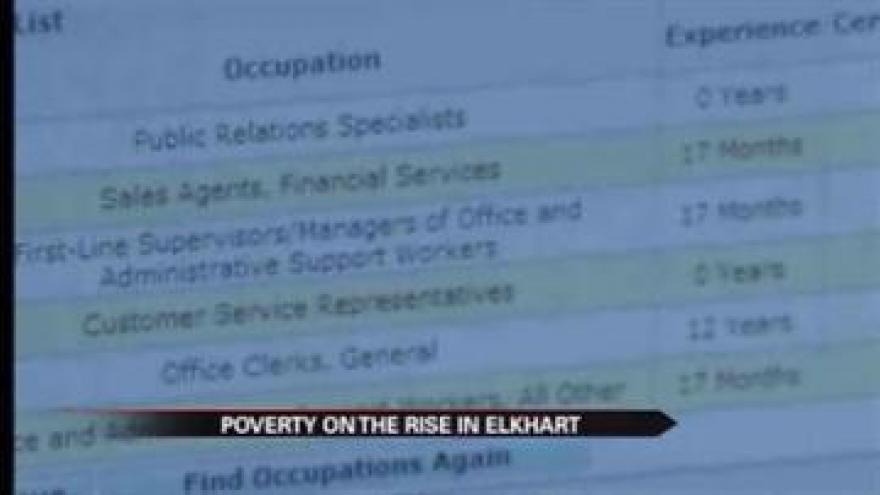 ELKHART, Ind. -- New numbers released by the U.S. Census Bureau indicate that since 2007 the poverty levels in Elkhart County have increased by seven percent.

The Elkhart County Commissioners said a major factor in the rising poverty levels is an increase in lower paying jobs.

Although unemployment rates have gone down, the jobs that are available do not pay enough to sustain most families.

The commission said the county is in a transition period from the high paying jobs of the RV industry to lower paying, less skilled manufacturing positions.

One of the main priorities of the commission now is to bring high paying skilled jobs to Elkhart County.

"But I think we're four or five years in that transition and it's something we just have to work together to help these families out and do what we can," said Mike Yoder.

Yoder said the county is working together with non-profits, cities and schools to alleviate some of the financial stress on working families.