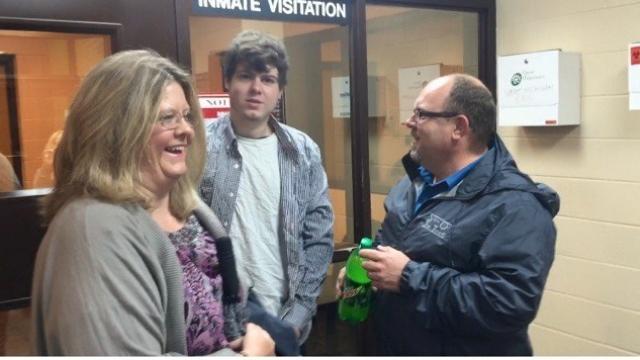 An Elkhart man who's been serving out a 90-day jail sentence in the Berrien County jail was released early this morning.

19-year-old Zachery Anderson was convicted of criminal sexual conduct for having sex with a 14-year-old girl. The pair met over a popular dating app called "Hot or Not." The girl's profile said she was 18, and Anderson said she told him when they met she was 17 years old.

Now that Anderson is out of jail, the next step is to register as a sex offender. He will be on the registry for the next 25 years. His lawyer is appealing the charges.

Twenty states have laws on the books that protect defendants from facing charges in cases where the victim lies about her age.

While Michigan is not one of those states, there is a program there that could help first-time offenders, like Anderson, stay off the sex offender registry if they're younger than 21.

ABC 57 spoke with Anderson in a jailhouse interview last month. He wanted to warn other teens who might be using smart phone apps as a means of meeting dates of the dangers that come with it.