‘Embarrassed’ raccoon escorted out of Georgia house by firefighters 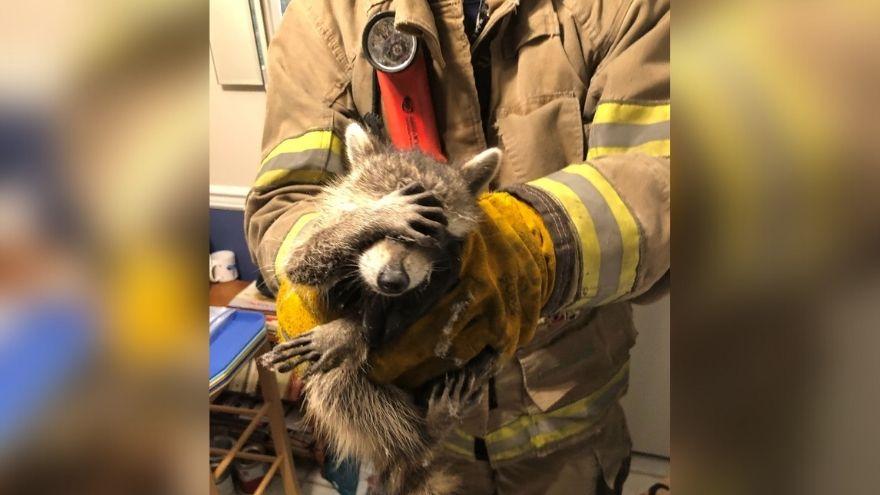 DALTON, Ga.—Firefighters in Georgia escorted an “embarrassed” raccoon out of a home last week after the animal let itself in while on a search for snacks.

The City of Dalton Fire Department posted a photo of the raccoon to its Facebook page, writing in part, “We were called out to help this guy find his way back out of a house in Dalton Monday night. As you can tell, he was pretty embarrassed about it, but it’s really nothing to be ashamed of. We all need a helping hand every now and then.”

In the photo, the raccoon is covering its eyes with its paw.

The raccoon was safely released back into the wild, “where he’ll hopefully be less adventurous in his search for snacks from now on,” fire officials wrote in the social media post.

The post has since gone viral and has collected over a thousand likes and nearly two thousand shares.