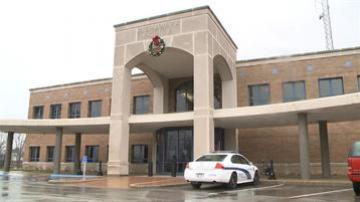 "It's not 80 degrees out, so we're going to ask that you slow down," Lt. Tim Williams with the Mishawaka Police Department, said.

In Mishawaka, winter storm prep is already under way, especially at the police department.

Emergency crews aren't sure how many extra calls they're going to get due to the bad weather, but they're prepping for the worst.

"We can tell you from past experiences in our area, especially with the weather, that this is not going to be a weekend of ideal conditions," Williams said.

Mishawaka police have already checked their tires, and serviced their vehicles.

They don't know what to expect in the coming hours, but they'll be ready.

"We can expect anything, because the weather around here can change in a blink of an eye," Williams said.

That quick change is what's dangerous.

Police said drivers have gotten used to the mild weather, and worry some may have forgotten about taking extra precautions.

"Getting that ice off your windshield and stuff, that gives you an increased chance to respond to what you're seeing," Williams said. "Without being able to see it, you're not going to be able to perceive that risk in time."