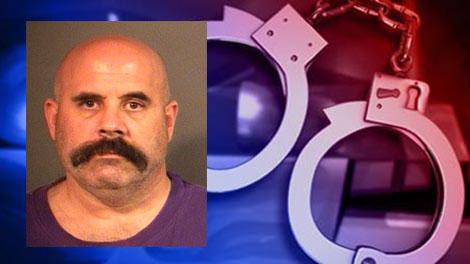 A Mishawaka Fire EMS employee has been arrested on two counts of theft after allegedly admitting to lying about having cancer in order to get money from friends and coworkers.

A Mishawaka Police Officer stated Sammy Young Jr approached him in October 2015 and asked to borrow $1,000.

Young had no comment for ABC 57 at his arraignment Monday, but Mishawaka Fire says he is suspended without pay.

Young allegedly said he had cancer and needed treatments his insurance wouldn't cover, according to the probable cause affidavit.

The officer told investigators he loaned Young the money.

Over the next few months Young would arrange to meet the officer to pay the money back, but then would reschedule, according to the probable cause affidavit.

The officer eventually learned Young did not have cancer and told Young he knew he had lied, reports said.

On March 30, Young allegedly called the officer and told him not to cash the check because there was no money in the account.

South Bend Police then began investigating the Mishawaka officer's report and discovered Young did this to other people, according to court documents.

When the coworker deposited Young's repayment check, it was returned for insufficient funds.

Investigators spoke with Young on April 26 and he allegedly admitted he did not have cancer, was not undergoing treatment and wrote a bad check to his coworker.

He also allegedly admitted to lying to other police and fire employees about having cancer to get money from them. Those allegations are still under investigation.

Young was arrested and charged with two counts of theft.

His case has been assigned to Judge Hurley, and he told the court he plans to appoint an attorney.

Young's next court date is set for May 16.