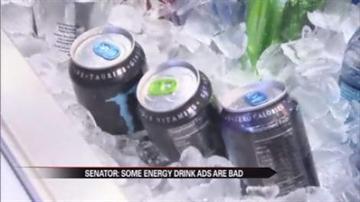 ILLINOIS -- An Illinois senator is speaking out asking energy drink makers to stop advertising their products to children.

He sent a letter to CEOs of Red Bull, Rockstar and Monster asking why they sponsor kids sporting events.

"If this has to go through a debate in congress, signed by the president, it may never happen," said Senator Dick Durbin. "It's the kind of thing that we need to react to quickly. We've given this agency the authority and the power to do it."

Durbin also says his letter stems out of growing concerns during the past year about the potential health risks posed by energy drinks.