EPA chief getting his own $25,000 sound-proof booth 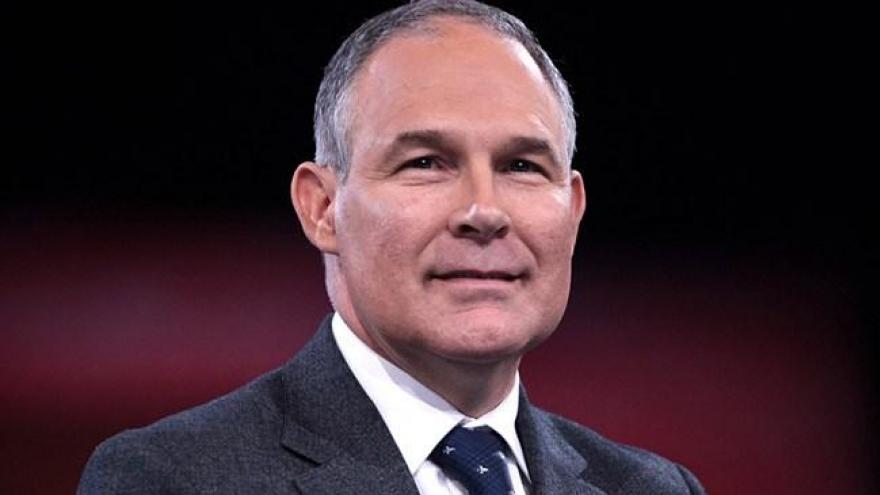 (CNN) -- Environmental Protection Agency Administrator Scott Pruitt is known for mandating note-free meetings, he's the only administrator to have requested his 24/7 own security detail and now he's about to have his own sound-proof booth.

The EPA is spending close to $25,000 to construct a secure space for Pruitt within the agency, according to government contracting records first obtained and reported by the Washington Post.

The booth, also known as a Sensitive Compartmented Information Facility (SCIF), will be a customized model for Pruitt to conduct meetings, calls and other lines of communication undisturbed, according to the Post.

The $24,570 contract was granted to Acoustical Solutions in August. The Richmond, Virginia-based company offers soundproof supplies ranging from acoustic panels and fabrics to sound diffusers.

"They had a lot of modifications," said Steve Snider, an acoustic sales consultant with the company, told the Post. "Their main goal was they wanted essentially a secure phone booth that couldn't be breached from a data point of view or from someone standing outside eavesdropping."

The EPA did not respond to multiple requests for comment from CNN.

Pruitt has taken several unusual steps regarding security and meetings at EPA. It's been reported that the administrator, who prefers to interact with just the political appointees inside the agency, has banned note-taking during meetings and also recently requested funds for round-the-clock bodyguards.

While no previous EPA administrators had such a setup, the booth will not be the first SCIF constructed within the agency.

According to former EPA employees, the agency has long maintained a private room.

"This seems like the height of paranoia to me. As someone who spent a lot of time in the administrator's office, I can tell you that there was nothing like this," Liz Purchia, former head of communications at EPA, told CNN.

"EPA already has a secure room for sharing information classified as secret," she added. "I can't imagine why this taxpayer expense would be necessary and why an extra secure room is needed in his office other than to avoid staff and the Office of Homeland Security from documenting use of the room and the information that warrants protection."

Former EPA general counsel Avi Garbow also said he was unaware that any modifications or additions needed to be made to the EPA's SCIF.

"EPA has long maintained a SCIF -- which I utilized myself under appropriate circumstances -- and it appeared to be fully serviceable in its limited use," he told CNN.

Shaub, a CNN contributor, followed with another tweet saying, "The news accounts coming out of EPA have been highlighting the lack of transparency, but this takes it to a new extreme."