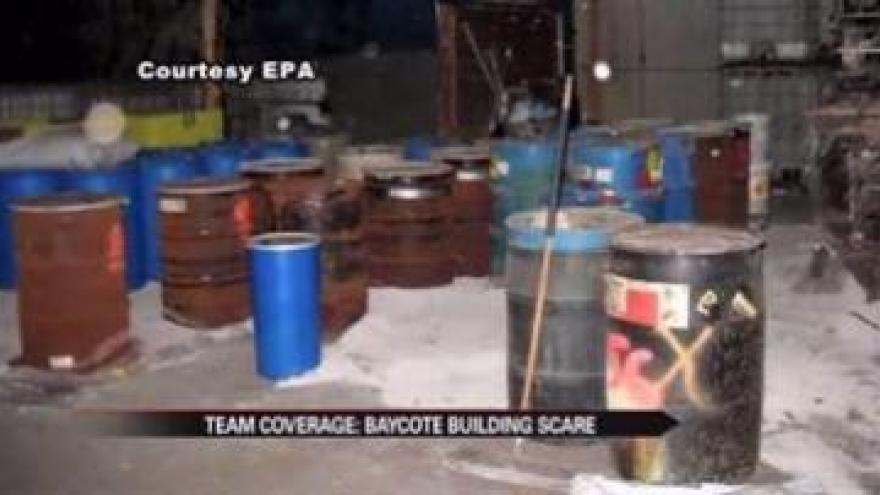 MISHAWAKA, Ind. – Just 24 hours after a fire at the former Baycote Metal Finishing Building we now know the cause. The fire sparked a massive evacuation across Mishawaka.

"It was an abandoned facility with a substantial amount of hazardous chemicals left on site," said Paul Atkociunas.

Atkociunas is the U.S. Environmental Protection Agency’s On-Site Coordinator for the clean-up project at the site on Industrial Drive.

He told us the fire was caused by a reaction between solid materials inside of a cardboard box.

"There was an exothermic reaction," said Atkociunas, "Some of the byproducts of that we would anticipate to be cyanide, sulfur dioxide and hydrogen sulfide."

The EPA has been working to clean-up the hazardous site since early summer.

Within the next month he said the rest of the bulk material should be removed.

Then there will likely be another phase of clean-up.

Atkociunas said after Friday’s incident they’ll be reexamining their procedures to make sure it doesn’t happen again.

"We’re going to step back take a look at what may have gone wrong and what we can do to prevent it in the future," he said.

The estimated budget for the entire project comes in at $2 million.