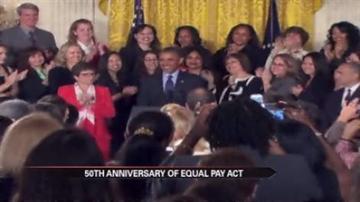 Monday marks the 50th anniversary of the Equal Pay Act.

It was created to make sure women could earn the same salary as men.

President Obama says while there have been improvements, there is still more to be done.

Some say there is still a long way to go when it comes to pay equality.