Ethanol plant's future up to judge 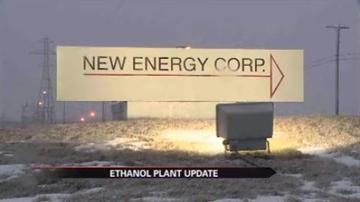 "The American taxypayers have $80 million invested in it," Salazar, President and CEO of NaturalChem, said. "And the DOE (Department of Energy) is somehow willing to take $2.5 million when we had offered $14 (million)."

He runs a biodiesel company looking to start New Energy Corporation up again.

But Wednesday, a judge ruled in favor of letting the plant go to two liquidation companies - Biditup and Maynards, that may scrap it.

NaturalChem has filed an appeal, and hopes the current deal is discarded, so they can make a counter-offer for a fair price.

"If you just melted it, and sold it for scraps, you'd probably get $8 to $10 million," Salazar said.

In a neighborhood with flooding issues, scrapping it won't provide any distressed homeowners relief.

"It's not just one house, or two houses," Oliver Davis, a South Bend City Councilman, said. "These are neighborhoods."

Neighborhoods that could be abandoned.

Currently, the city has no long-term solution to solve flooding issues in the area; which is why councilmen like Davis hopes the sale is postponed, so all options can be considered.

"Homes, familes, jobs," Davis said about NaturalChem. "This is what this project is all about."

If NaturalChem's appeal goes through, the original auction involving Biditiup and Maynards, will be canceled.

"We never had a full and fair opportunity compatible with due process of law," Salazar said.

He's hoping to make a counter-offer to open the plant back up and potenitally bring hundreds of jobs to the area.