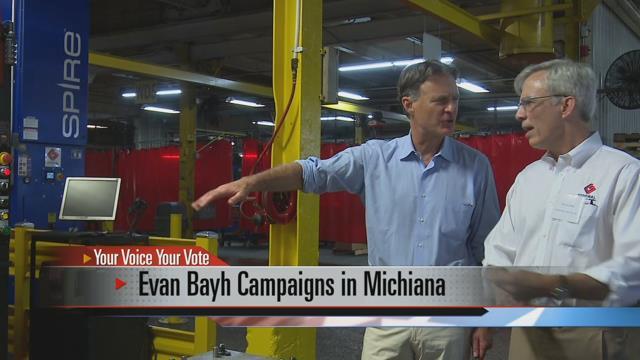 The stop was part of a statewide tour.

He says he wants to connect with hard working Hoosiers.

We asked him about his recent decision to run for Senate.

"With some of the acrimony in our society, I needed to get off the sidelines and try to do something about it, try and bring people together to move us forward again. My decision was a quick one. I didn't have a lot of time to think about it,” Bayh said.

Bayh announced he was running for Senate on July 13th after Baron Hill dropped out of the race.

Bayh is a former US Senator and Governor.