Excited Cubs fan runs onto the field, gets arrested 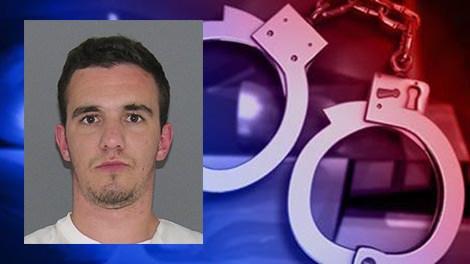 Right after the Chicago Cubs' Jake Arrieta got his second career no-hitter, an excited fan jumped the wall and joined the celebration on the field.

The fan, identified as 22-year-old Dylan Cressy of Mishawaka, was taken into custody.

Fans looked on as Dylan Cressy hopped over the railing and ran towards the Chicago Cubs.

Security was on the field in seconds to escort him out of the ballpark.

Cressy spent the night inside the Hamilton County, Ohio Jail.

On Friday, Cressy told an Ohio judge he is a student at IU Bloomington, originally from the South Bend area, and a diehard Chicago Cubs fan.

“We made the plans in the seventh inning if Jake Arrieta completed the no hitter that I was going to live the last three weeks of my senior year in college and act like an idiot before I became an adult and storm the field which I did,” Cressy told the judge.

Cressy, a Mishawaka High School Grad, said he never wants to spend another night in jail.

On ESPN radio Jake Arrieta said “I look at some of the pictures and he’s in most of them. You know, probably not the greatest decision, but it’s something he’ll obviously remember for a long time.”