Exclusive: On board the 'Doomsday' plane that can wage nuclear war 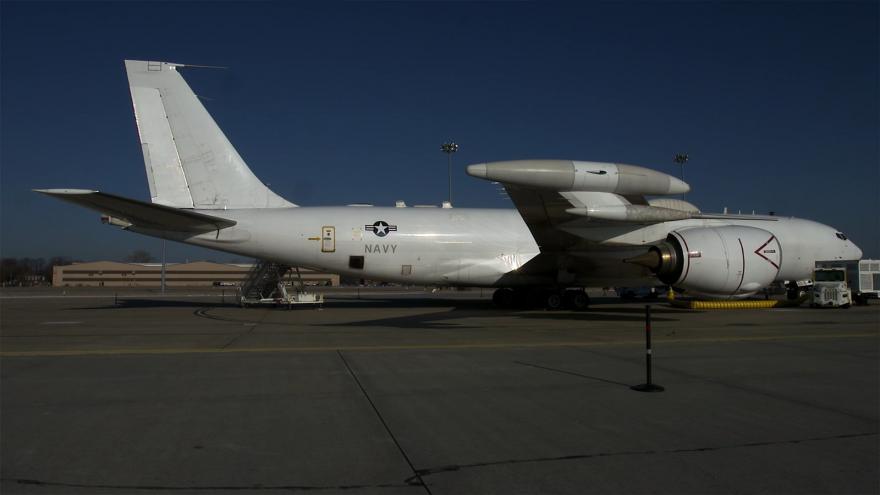 (CNN) -- If Russia aimed a long range missile like the "Satan 2" it just tested or North Korea suddenly targeted the headquarters of the US nuclear arsenal, top commanders would have a small window to get to safety.

But the US is ready for such a scenario and the four-star general tasked with executing the US response to a nuclear strike would take to the air within minutes. He'd be able to carry out the President's orders and launch a nuclear attack in response from the safety of a specially equipped jet, known as the "Doomsday" plane.

"I have a certain amount of minutes to get on that plane and for that plane to get off and to a safe distance before a nuclear weapon went off here," John Hyten, the head of US Strategic Command, told CNN in an exclusive interview earlier this month from his headquarters at Offutt Air Force Base in eastern Nebraska.

At the base a countdown clock is always visible to Hyten telling him how many minutes away an incoming missile would be from impact, as well as how much time he has to be rushed from his underground battle deck to the surface and a vehicle that would whisk him to a nearby tarmac where the all-important plane would be waiting.

"The roads will open up on this base and I'll go beeline straight for the runway," Hyten said.

The aircraft, a Navy E-6B which has the airframe of a Boeing 737, operates as a full command and control facility in the air where Hyten, or one of his senior officers can carry out the President's orders if this part of Nebraska comes under attack.

"I look at this jet and the whole nuclear enterprise really as this is America's insurance policy," Brigadier General Gregory Bowen, Deputy Director of Global Operations at Strategic Command told CNN during a tour on board the plane. "This ensures our survival as a nation if you will."

With a small Navy flight crew, the command deck on the plane while much smaller than the Global Operations Center on base, has the ability to operate in just the same way from the air.

"We know on this jet where the President is, all the presidential successors, the Chairman [of the Joint Chiefs of Staff], the Secretary of Defense, everybody that is important we track their location," Bowen said.

In addition to a nuclear strike adviser, there is also a meteorological adviser on board constantly studying current weather patterns around the world to understand where any nuclear fallout is drifting so that US bombers can be notified.

The plane, which can be refueled in the air allowing it to remain in flight for days, also has antennas that can communicate with US submarines and transmit orders and messages to them without having to land.

And perhaps most importantly, the plane also has a control panel that can launch US intercontinental ballistic missiles if the worst case scenario is playing out on the ground.

"If they were struck and all of the people down in the launch control centers were dead or unable to communicate, we can actually directly talk to the missile silos with this gear and launch the missiles ourselves," Bowen said.

During the Cold War, the plane was in the air almost 24/7 just in case an unforeseen nuclear exchange with the Soviet Union happened. With today's threat from North Korea, Russia and elsewhere, the plane is still regularly airborne to train for any possibility.

But despite the frequency of the exercises what the plane and the overall mission of Strategic command represents has never become routine to Hyten who is well aware of the gravity of what's at stake.

"The first time I did it we set off on the runway and we take off, and I look down and there's my house," Hyten said. "And then I realized there's my wife and I'm now in a safe place, but if this was the real world that would be the last time I ever saw her."

But the plane's unique ability to execute a nuclear war from thousands of feet above the ground sends a strong message to hostile nations.

"We have to make sure that we as the United States have the capability and we show the capability to our potential adversaries that should they decide they want to strike us, the cost of doing that is going to be unbearable," Bowen said.

In the end, the plane and the entire US nuclear missile program are about keeping threatening behavior at bay before it boils over.

"That's part of what this jet does, it is deterrence in its simplest form," Bowen said. "If you shoot at us, your country is going to go away. It's that simple."