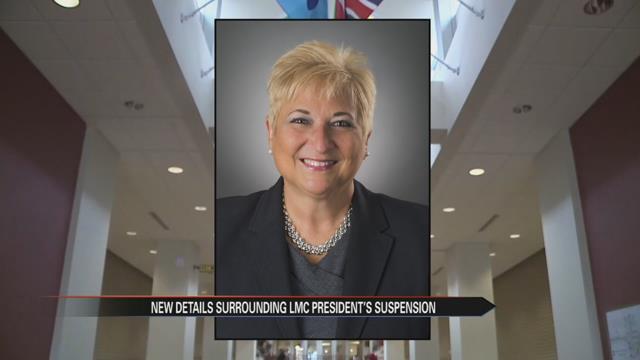 According to Lake Michigan College officials, the board found just cause to terminate Spielvogel's contract.

Just a few of the reasons given in a statement include unapproved and unauthorized costs and expenses to the college, policy violations, renovations to the presidents office, improper management behavior, improper comments and a lack of professionalism.

According to meeting minutes, the board became concerned after looking at expense reports.

Spielvogel was hired on in January. She is currently suspended with pay.

The next step is a just cause hearing to determine if they will end Spielvogel's contract, scheduled for 30 days after Friday's suspension.

We'll be sure to keep on top of this story for you as new developments arrive.